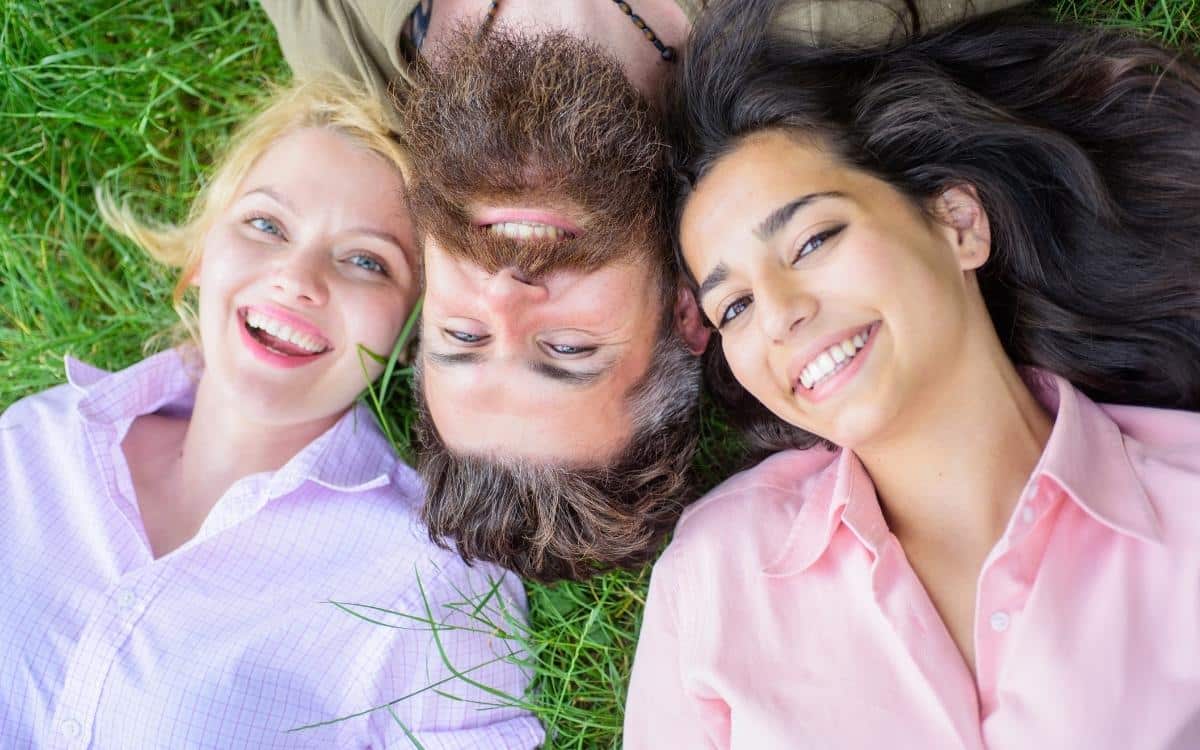 Polygamy (as polygyny, meaning one man simultaneously married to multiple women) is not particularly welcome in many religions, including Christianity.

But is it a sin to marry more than one wife? The answer is a little more complicated than you might think, so let’s take a closer look at this topic.

In most cases, sin is “a transgression that goes against divine or religious law.” Sin is different from secular or human law, although some societies have attempted to make them the same. Something can be sinful but legal, or the other way around.

In other words, what’s sinful is defined by faith and the accepted teachings within a church, but not by society or the church's members.

There are a few ways christianity interprets scripture in the matter of marriage.

A surface reading of the Bible does not outright describe polygamy as sinful. But it’s more complicated than that. In Biblical instances where polygamy is present, it never turns out well for those involved.

It causes jealousy, envy, and leads to serious problems– like in the case of King David. Most of these instances are found, and described, in the Old Testament.

It wasn’t until the New Testament, at the coming of Jesus, that God’s intended use of marriage was presented and an example was set for humanity.

A Biblical marriage is intended to be a reflection of Jesus’ (or God’s) love for his church, and is what God says is best for mankind. Intentionally acting outside of God’s will is considered sinful, so in that case, polygamy would be considered a sin. This is the stance most Christian churches take, though polygamy may be allowed in specific circumstances and in some churches.

However, some denominations or branches would argue the Bible doesn’t directly say that polygamy is a sin. However, either way, the Bible heavily emphasizes that people ought to avoid it, and most churches are against it, whether they believe the Bible forbids it or simply discourages it.

Is Polygamy in the Bible?

Yes. Many people in the Bible are polygamous, including David and Solomon. This was acceptable at the time. Polygamy was not encouraged, but leaders (and men in general) were allowed to do this and were not punished for having multiple wives.

Accordingly, it’s hard to argue that marrying more than one wife is sinful…but we also have to consider how poorly it went for Biblical men and what that means. Either way, it is discouraged by the church.

Notably, church leaders cannot have more than one wife (Titus 1:6, 1 Timothy 3:2). If leaders are role models, then their followers would do well to obey the same limits and restrictions.

Most denominations believe that God has set forth an ideal for marriage that is between a husband and a wife. This is important for many reasons, not least of which is that the relationship of marriage is a parallel for God’s relationship with humanity and an ideal structure for society.

There are often significant problems in society if many women marry a small number of men. This stops those men from having any chance at raising their own families, leaving that work to the women, and most churches consider that a bad thing.

Furthermore, the costs of maintaining a household these days make it difficult for people to live alone, so having no wife at all can doom people to poverty.

But It’s Not That Simple

The union of a husband and wife is the ideal, but it doesn’t work in every society. There are some areas where local cultures expect polygamy.

Alternatively, someone may be in arranged marriages or they may already have several wives when they convert to Christianity. Saying “divorce all but one of them” is not as easy of a solution as it may seem at first.

In older societies, women often had few opportunities in life without a husband. They may not have been able to own or work the land, run businesses, or make decisions for themselves.

Any woman without a husband may have been forced into prostitution or other sinful activities to try and survive.

Yet another factor– In many areas, men would often go to war, and some of them would die. When this happens regularly, you get an imbalance in the number of men and women. If it’s better to be married than not, polygamy may be the most practical way of ensuring all those widowed women get taken care of.

This may sound like it’s all in the past, but consider: In the last few decades, the costs of living in the United States have increased significantly faster than most people’s income.

There are places where it can be difficult to survive on not just one person’s income, but two or three people’s. To ensure food and shelter, some modern people consider polygamy a practical choice.

From this, we can see that societal circumstances impact whether polygamy is considered valuable or even necessary among regular people. Essentially, the more challenging things get on a social level, the more people will want to band together.

Theology Through the Years

Many churches have spent a long time grappling with the issue of polygamy. The Anglican church spent decades discussing the issue, especially in regards to the church’s growth in Africa where polygamy was common. They, like many branches of Christianity, recognized that marrying one wife is a thorny issue.

In Resolution 26/1988, the Anglican church decided that a polygamist who joined the church should be accepted, but only if the husband did not marry more wives after entering the church.

In the Lutheran church, references cite Martin Luther allowing polygamy several times, even to existing church members. In one notable example, Luther argued that King Henry VIII should take a second wife instead of divorcing the first. In modern times, the Lutheran church has a similar view to the Anglican church.

The Catholic church takes a firmer stance against this, believing that the coming of Jesus revoked polygamy as a practice for society and that it is no longer acceptable within the church at all. The Catholic stance is a noticeable difference from Protestant churches, although neither side actively encourages polygamy.

The Orthodox church likewise has a ban on polygamy. If someone already married to multiple wives attempts to enter the Orthodox church, the church expects him to separate from all but one of them.

Other denominations believe that what a man or woman does and feels convicted for is between that person and God, and they will be accepted into the church regardless.

Views From Other Religions

We’ve discussed Christianity in detail, but what about other religions?

In Judaism, polygamy was broadly banned over a thousand years ago by Rabbi Gershom, and most Jewish believers have accepted this ban as valid in the years since. There has been some discussion on whether it still applies, but it seems unlikely to change anytime soon.

Polygamy is more common in Islam, where men are often allowed to marry up to four women. However, this comes with some restrictions and expectations, including treating the women fairly. In many cases, Islamic thought indicates that a man should take just one wife, even if he is capable of taking more.

Buddhism considers marriage a secular matter and does not have strict teachings on whether polygamy is allowable or not, so this usually defaults to local laws.

Polygamy was moderately common in older versions of Hinduism, especially among warriors, lords, and wealthier merchants. In these teachings, people were encouraged to pursue dharma (a difficult-to-summarize concept, but one broadly covering the idea of a correct way to live), which might require polygamy.

In modern times, polygamy is largely illegal in India, and it’s not practiced by most sects of Hinduism. Scholars believe that polygamy was never particularly common in areas practicing Hinduism, even in the past, although it’s mostly not regarded as sinful.

There’s one more point to discuss before we wrap things up. Christian teachings include the idea that Christians should follow secular law unless it specifically contradicts divine law. (Romans 13:1-2)

Under the interpretation that polygamy is discouraged but technically allowed, secular laws and regulations banning polygamy must be followed.

So, Is It a Sin To Marry More Than One Wife?

For an alternate interpretation, polygamy is rarely (if ever) seen as a good option by the church, much less something to be encouraged or supported. However, it may be the lesser of multiple bad options in specific circumstances. In these cases, it may be allowed by some churches on the reasoning that people should try to do the least harm possible.

Even in these cases, however, churches will usually try to see if there are any better alternatives. For example, the church may try to find an unmarried man of similar age and only grant permission for a polygamous marriage if no suitable husband is available.

Considering the global reach of the church, it’s usually possible to find someone interested in marrying without having to default to polygamy.