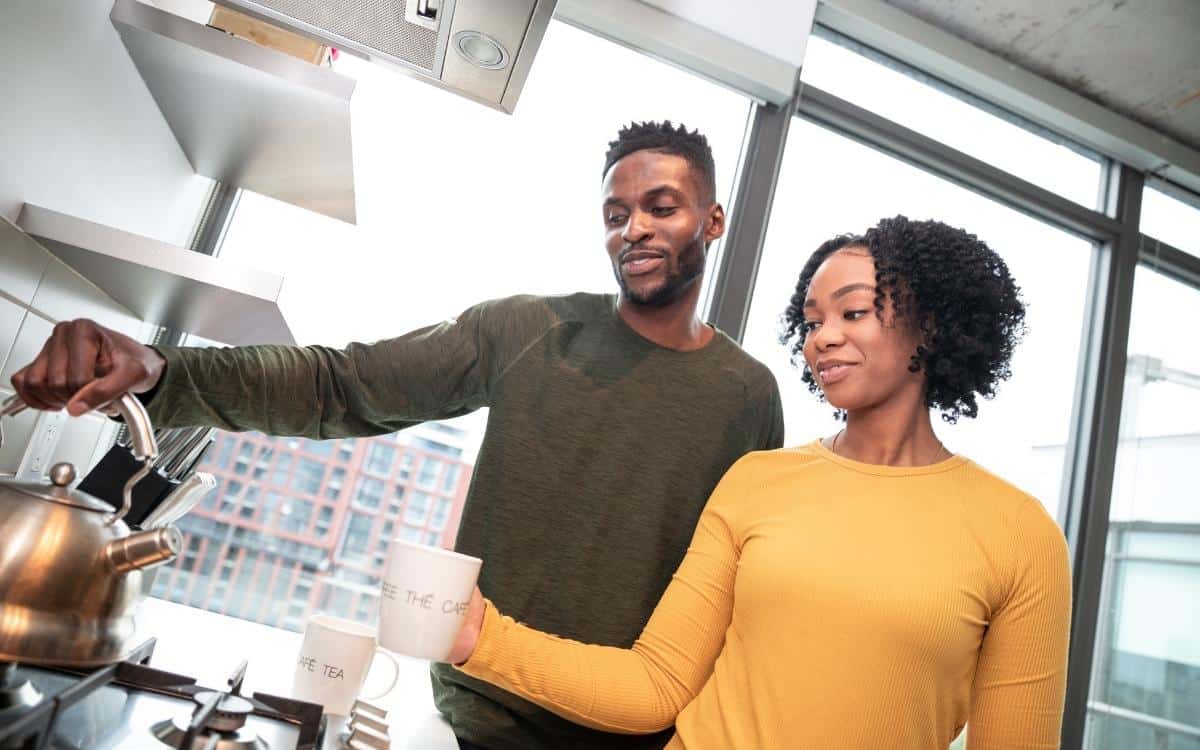 Is it a sin to live together before marriage? This question can be difficult to answer. You might argue with a family member or significant other for a long time before you get to the truth.

In the end, the answer depends on who you ask. Different religions provide different answers to whether or not cohabitation is a sin. Even various Christian groups might disagree.

If you do not belong to a specific church, it can be challenging to figure out whether living with someone before marriage is the right thing to do. There are multiple factors to consider when thinking about cohabitation.

In this article, we will examine many different aspects of the question of sin. Hopefully, we can help you figure out an answer to the question, “Is it a sin to live together before marriage?”

What Is a Sin?

First, we should define the word “sin.” This question is necessary to cover because if we don’t even know what sin is, we can’t say whether or not living together before marriage counts as one.

According to the Encyclopedia Britannica, a sin is “a moral evil as considered from a religious standpoint.”

Therefore, sin depends on your religious affiliation. This fact makes things tricky, as there are so many religions worldwide. Below we will examine a few religions and their position on whether or not it is a sin to live together before marriage.

The Abrahamic religions are Christianity, Judaism, and Islam. These religions are some of the most prevalent in the world, and each comes with varying interpretations of moral action and sin.

Scholars have interpreted and reinterpreted the holy books throughout millennia, and many times there have been intense disagreements about what is or is not a sin. We will look at some of the most common positions of the three Abrahamic religions.

First, you should know that there is nothing in the Bible about cohabitation, or living together before marriage.

If you’re skimming through the good book looking for some passage or something to give your grandkids about why getting a place with their significant other is a problem, save yourself some trouble.

There’s a lot about fornication, but the idea of living in the same place doesn’t come up.

We should note that though the Bible doesn’t mention cohabitation, it is frowned upon in the Catholic church.

In Islam, the concept of haram and halal helps determine what is or is not a sin. Haram refers to anything forbidden, while halal refers to that which is permissible. Living together outside of marriage is considered haram.

Islam acknowledges the sexual drive that most humans have. Some Islamic scholars favor the idea of temporary marriage to facilitate the changing needs of adults in the modern world while remaining pious.

According to the Jewish faith, commitment makes a marriage, and many Jews consider cohabitation to cheapen the bond marriage brings. Unlike in the cases of Christianity and Islam, there is nothing in the Torah that forbids fornication.

Mind you, there is nothing in the Torah that explicitly says it’s acceptable either, but rabbis tend to have far bigger fish to fry than whether or not you should have relations with someone before you marry them.

Leviticus explicitly condemns many things we think nothing about doing in contemporary times. Here are some of the things that Leviticus calls out as sinful:

This list is a short and not comprehensive one. Keep in mind that some concepts of sin change with time. There was a point in history where it was probably sensible not to eat shellfish, for example, because without refrigeration they could become breeding grounds for dangerous bacteria.

It made sense to categorize eating shellfish as a sin to prevent people from doing it, so to prevent them from getting sick.

So the idea of sin changes through time. Cohabitation before marriage might be considered a sin depending on who you ask, and what their definition of sin is, but remember that definition changes.

Although Abrahamic religions are some of the most popular in the world, there are many other religions with significant numbers of followers as well. Let’s look at some other religions and what they have to say about whether it is a sin to live together before marriage or not.

To a Buddhist, marriage is not a religious obligation. From the Buddhist perspective, sin is something that causes or prolongs suffering; therefore Buddhists are encouraged to enjoy sex as long as it doesn’t lead to the suffering of one or more participants involved.

As with anything else in Buddhism, overindulgence is frowned upon. Buddhists consider it preferable to take the middle path and strike a balance in one’s life.

Cohabitation isn’t often seen in Hindu communities, but in this case, it is due to a social stigma rather than a religious one. Hindu cultures in India and Pakistan tend to strongly frown upon premarital sex.

However, practicing Hindus in western countries tend not to think twice about cohabitating, because that social stigma is not present.

Wiccans have a similar mindset to Buddhists. ‘And ye harm none do as thou wilt’ is part of the Wiccan Rede. This verse means that as long as you are not hurting anyone, you can do what you want.

Wiccans are generally supportive of minding their own business in terms of what other couples are doing.

Wiccans don’t consider sin important. Wiccan philosophy is more about knowing yourself, your needs, and the needs of your partner. Cohabitating with someone on the same page as you is generally fine.

If, however, your partner is a member of a faith that frowns upon cohabitation before marriage, this might make your partner feel guilty, which qualifies as harming them.

So Is it Okay to Live Together?

There is no one answer to the question of whether it is a sin to live together before marriage or not. This is the kind of question that you need to answer between yourself, your partner, and your respective gods.

You know what you are able to live with, and if this rule is more important to you than your living arrangements, you need to consider it.

You have to sit with your partner and have a conversation about whether or not this is the right move for you both. No one else can make that choice for you.

The Success Rate of Cohabitation

In the modern world, experts tend to think that living together is a good test drive for whether or not you will make it as a married couple.

A couple that learns from one another and lives together is less likely to get divorced. They are more likely to understand each other’s needs, which can only help if they plan on building a life together.

Most Americans don’t see marriage as essential to raising a family or building a life. That fact doesn’t mean it’s wrong if that’s important to you, but take your time to consider what you want for yourself.

Statistics are not meant to be a guide to how to live your life; just because something works for most people does not necessarily mean it will work for you.

But, at least from a Buddhist perspective, arming yourself with all of the information first could help you avoid the kind of extreme suffering that comes with a divorce later on down the road.

Are You Reading for Someone Else?

I cannot stress enough that this is a decision that has to be made between partners based on their relationship with their faith.

If you are scrolling through this article trying to find a reason to tell your child or grandchild that they can’t move in with the person they’re getting ready to move in with, I would urge you to stop for a second and reconsider.

It’s probably okay to state your disapproval once. If it’s important to you that it’s on the record how you feel about something, say that. But then leave it alone.

Ultimately it isn’t up to you whether someone else lives with their partner unmarried, or whether or not they wear torn jeans and eat bacon.

Only they can decide whether or not their actions are likely to cause them suffering–and if they’re wrong, they have the right to be wrong.

There are many different faiths in the world and many different definitions of what sin is. Whether a sin is defined as simply being disobedient, or as causing harm to others, it is still a very personal thing whether or not a specific action is sinful and there are no easy answers.

If there were, humanity would have found a way to agree on them ages ago.

What does sin look like, to you? What does that mean between you and your god? Find your answer and make your choice.