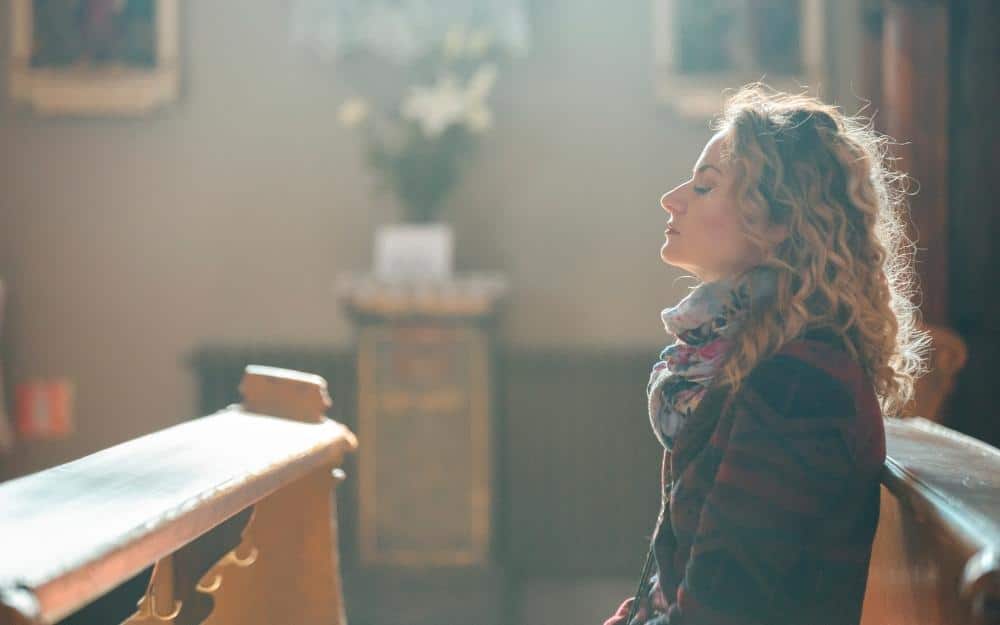 Marriage vows include the promise of “until death do you part,” but statistics show that one in every three Christian marriages end in divorce.

People of faith may find themselves asking what the Bible says about divorce and when it is allowed. Continue reading to learn more about the Bible’s teachings about marriage and divorce

Reasons for Divorce in the Bible

The Old and New Testaments offer three reasons for divorce for Christian married couples to divorce. While all divorce is tragic, these situations are compelling reasons to end a marriage.

In Matthew 10:23 Jesus tells his followers to flee from one city to another if they are being persecuted. Requiring the victims of spousal abuse to remain married to their abusers would be cruel.

Often physical violence comes to mind when the word “abuse” is heard, but there are other forms of abuse. Verbal abuse such as name-calling and insults, emotional abuse, and financial abuse can occur in Christian marriages just as they do in marriages between people who are not religious.

Jesus’ advice on fleeing abuse could be lifesaving in some abusive marriages. Rabbinic law dating to the Old Testament holds that abuse and neglect are grounds for marriage.

Colossians 3:19 advises husbands to love their wives and not be harsh with them,” but this can apply to both marriage partners. Abuse is unacceptable in Judeo-Christian teachings.

Marital infidelity is the only grounds for divorce mentioned by Jesus. In Matthew 19:8-9, Jesus is asked whether a man can divorce his wife, as no-fault divorces were happening at that time.

Jesus answered, “Moses permitted you to divorce your wives because your hearts were hard. But it was not this way from the beginning. I tell you that anyone who divorces his wife, except for sexual immorality, and marries another woman commits adultery.”

In Mark, he also says that those who divorce and remarry are committing adultery. The sin of adultery was taken so seriously that it was punishable by death under Old Testament law.

Bible scholars say that Jesus was referring to no-fault divorces and not all causes of divorce when he listed sexual immorality as the only valid reason for a divorce. Jesus’ teachings should not be twisted into living in a dangerous, abusive marriage.

Jesus took adultery so seriously that in Matthew 5:27-30 he said those who look on another with lust in their hearts have already committed adultery. This doesn’t mean a wayward look is grounds for divorce but that the act of adultery begins with thoughts that lead to temptation.

When a spouse leaves, it hardly seems just for the remaining partner to be locked into a marriage that’s clearly over. The Bible also addresses this reason for divorce.

Providing for the family is central to Christian living. In 1 Timothy 5:8, the apostle Paul writes that “if anyone does not provide for his relatives, and especially for members of his household, he has denied the faith and is worse than an unbeliever.”

Abandonment of a spouse, then, is so serious that it’s a denial of Christian beliefs and values.

In I Corinthians 7:15, it is written that if an unbelieving spouse leaves, their husband or wife is not held to that marriage. “God has called you to peace,” the verse reads.

Not returning from a trip to the supermarket isn’t the only way a spouse can abandon a partner. There can also be emotional abandonment or financial abandonment in an estranged marriage. Abandonment can be depriving a spouse of food or medicine or depriving a partner of affection and kindness.

If the two cannot reunite as partners, divorce may be best.

Divorce by an Unbeliever

Christians who are married to non-Christians are required to honor those marriages, according to verses of 1 Corinthians, Chapter 7. The non-Christian spouse is “made holy” by their partner’s faith, the verses say. However, if a Christian is divorced by that non-Christian, then that divorce is allowed, and the Christian is free to remarry.

The Bible does not spell out the reasons for divorce an unbeliever should have, only that it is allowed.

How to Avoid Divorce

No one walking down the aisle as a wedded couple envisions divorce, but it happens. In the U.S., about half of marriages end in divorce, so Christians’ 33 percent divorce rate is lower than the national average.

Marrying someone who shares the same faith and values with you makes your marriage more likely to succeed since you’ll agree on many of the issues that bring couples to divorce.

In 2 Corinthians 6:14, it is written that Christians should not marry those who are of a different faith, calling in being “unequally yoked.” Two Christians can also be unequally yoked since marriage partners could be from denominations that disagree on theology.

Even if both partners are from the same Christian denomination, the differences in levels of faith can make for conflicts in marriage.

Considering faith during the courtship process is one way couples can ensure compatibility and increase their chances of marital success.

Have Your Own Home

Whether you live in an apartment or a house, having your own household is important to a happy marriage. Genesis 2:24 holds that “a man shall leave his father and mother and be joined to his wife, and they shall become one flesh.

Living with parents or others can create conflict and limit privacy, so even if a couple has to live in a tiny house, having their own home is essential to having a happy marriage.

Weave Faith into Your Marriage

Remembering that God ordained marriage and that marriage is a sacrament in many denominations will strengthen your marriage.

“For this reason, a man shall leave his father and mother and be joined to his wife … So then, they are no longer two but one flesh. Therefore, what God has joined together, let not man separate,” it is written in Matthew 19:5-6.

Thinking of God as the reason they met and married makes marriage more meaningful for many couples.

Another way to avoid divorce is to watch what you think. Abuse, adultery, and abandonment all begin with the thoughts we have.

For example, Exodus 20:17, one of the verses of the 10 Commandments, says, “You shall not covet your neighbor’s wife.” Coveting is having the thought of wanting that person for yourself, even if that person or you are married to another.

Not coveting another person’s wife or husband would prevent adultery from happening. Likewise, thoughts of kindness and care toward a spouse would prevent abuse and abandonment.

Don’t let monotony make your marriage die of boredom. Keep your love alive by showing love and kindness to each other, just as you did during your courtship.

Wanting to please each other can keep the romance alive even when the kids have the flu and there’s a broken water pipe. “She who is married cares … how she may please her husband,” says 1 Corinthians 7:34. That also applies to husbands.

How to Mend a Marriage

If you think your marriage may be heading for divorce, there are ways it can be mended.

Forgiveness of sins is a key tenet of Christian theology. Ephesians 4:32 says to “be kind and compassionate to one another, forgiving each other, just as in Christ God forgave you.” What can be forgiven is unique to each marriage but holding grudges can destroy relationships.

Love, one of the fruits of the spirit listed in Galatians, can keep marriages from ending in divorce. Ephesians 4:2-3 tells believers to be “completely humble and gentle; be patient, bearing with one another in love. Make every effort to keep the unity of the Spirit through the bond of peace.”

Love and forgiveness bring with them patience. 1 Corinthians 13:4 tells believers that “love is patient.” For married Christians, that verse encourages them to be patient with each other. Patience can decrease the chances of divorce.

Another fruit of the Holy Spirit is self-control, and it figures heavily into the success of any marriage. Self-control certainly is part of resisting sexual temptation, but it also means resisting the urge to be unkind or impatient with a spouse.

What If You’re Divorced?

If you are already divorced, does the Bible say anything about how you should treat your ex-spouse and live the rest of your life? It does, indeed. The Bible offers this advice for those who are divorced.

Provide for Your Ex and Children

When spouses separate and divorce, the Bible is clear about how an ex-partner should be treated. Exodus 21 includes this instruction: “And if he takes another wife to himself, he shall not diminish her food, her clothing, or her marital rights.”

During Old Testament times, this instruction was written for men, but modern-day Christians should consider this to apply to caring for former spouses and living up to obligations and responsibilities.

Christians can remarry in three situations spelled out in the New Testament: if a spouse dies, if the grounds for divorce were sexual immorality, or if a non-Christian divorces a Christian. If two Christians are divorced, then they should not remarry unless the divorce was for adultery or sexual immorality.

What if divorced Christians remarry even though their marriages didn’t end in any of those scenarios? Christian teaching requires honoring those current marriage commitments and learning from mistakes in earlier relationships.

This encourages Christians to mature in their faith and actions. This means learning from the mistakes made in a prior marriage.

The word “love” may suggest romance, but true love goes much deeper than that.

According to 1 Corinthians, “Love is patient, love is kind. It does not envy, it does not boast, it is not proud. It does not dishonor others, it is not self-seeking, it is not easily angered, it keeps no record of wrongs. Love does not delight in evil but rejoices with the truth. It always protects, always trusts, always hopes, always perseveres. Love never fails.”

By this definition, love is hard work. Love means not being right all the time and not bringing up a list of your spouse’s errors during an argument. It means keeping hope in a current marriage alive and caring for your partner’s well-being and welfare. Love is a verb in this chapter and not a feeling.

“And now these three remain: faith, hope, and love,” the chapter reads, “But the greatest of these is love.”

The Bible includes far more information on how to have a happy marriage and live in peace than it does on grounds for divorce. This is because God looks to bring people together instead of separating them.

The teachings of all major Christian denominations look to salvage marriages, but some marriages cannot be mended. Whether there is physical or emotional abuse, adultery, or abandonment, the Bible is clear that these situations call for divorce to give those in those marriages peace, safety, and a chance for future happiness.