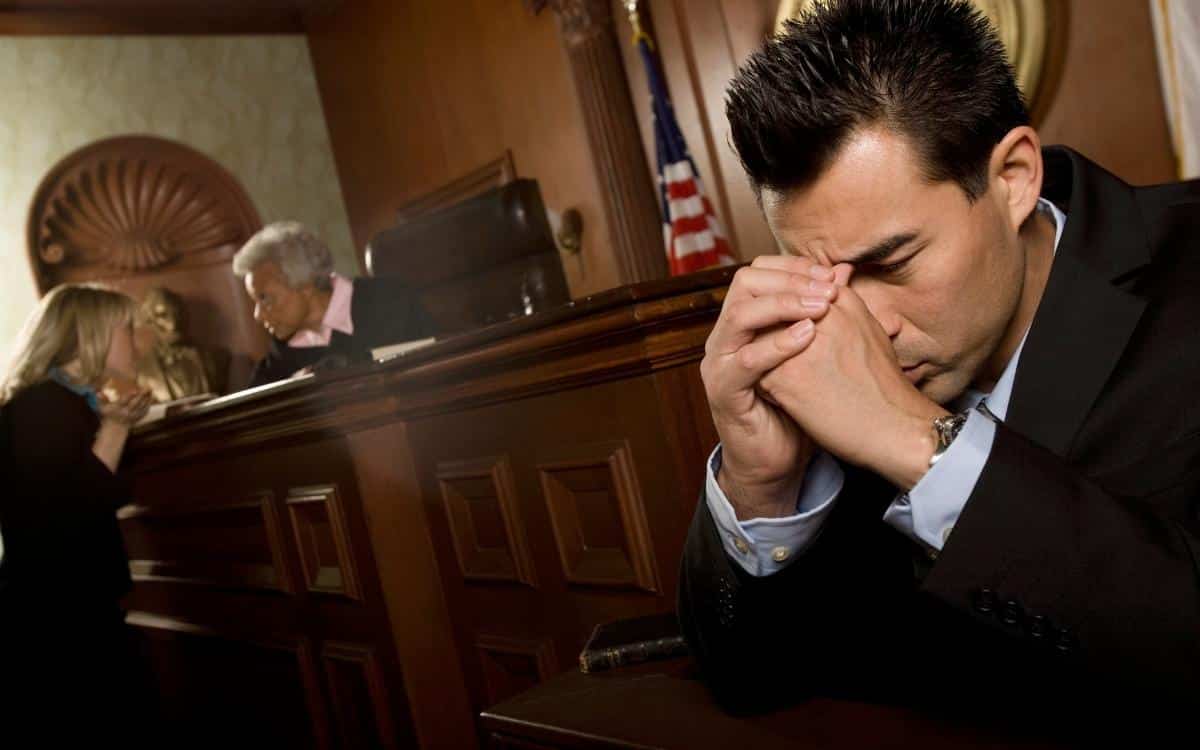 You’re going through an expensive and heart-rending divorce because another person seduced the love of your life into an affair.

Or you’re now separated, and the person your spouse cheated with is now enjoying your partner and a better lifestyle while you’re on a tight budget and raising the children alone.

When there’s adultery involved, no one wins, but when it comes to the others involved, it may seem like the other man or woman is getting all the benefits while turning your life upside down.

The alimony you pay your ex may be funding date nights and vacations. The person your spouse cheated with might be enjoying everything your spouse used to do for you.

They should pay for the financial damage and pain they’ve caused by cheating with their spouse. Is there a way to sue the person your spouse cheated with?

The answer may surprise you.

Can You Take Your Spouse’s Boyfriend or Girlfriend to Court?

Yes, depending on where you live, you can sue someone for breaking up a marriage.

Since marriage is a legal contract, a third party – the person who your spouse was cheating with – can be sued for coming between you and your partner.

Spouses can file these suits as either an alienation of affection lawsuit or a criminal conversation suit.

Residents of Mississippi, North Carolina, Hawaii, Illinois, New Mexico, South Dakota, or Utah can sue the person having an affair with their spouse and breaking up their marriage.

Other American states either did not have laws against adultery or struck them down.

What You Have To Prove

Alienation of affection and criminal conversation lawsuits are rare in the states that allow them. Some see them as antiquated, especially when a woman is at the center of the suit.

The differences between the two types of civil lawsuits are in the evidence needed.

Those filing alienation of affection suits must prove:

These three things can be difficult to prove and seem to ignore the free will of the cheating spouse.

Despite the name, criminal conversation suits are civil lawsuits and must have the following evidence:

Read More: Do Judges Care About Adultery In Divorce?

Reasons to Sue Your Spouse's Lover

Jilted partners may have myriad reasons for suing the person they think lured their spouse away from an otherwise happy marriage. These are among the most common.

Finding out about a spouse’s affair is heartbreaking. The emotional pain the person having the affair with your spouse caused can prompt the aggrieved spouse to file suit.

Divorces are expensive. Often bankruptcies follow the breakup of a marriage. The third party you think caused your marriage to end caused financial damages in addition to heartbreak.

If a third party caused a loss of support for you, you could sue for damages. This only makes sense if the third party has money to pay you damages.

Often, jilted spouses file alienation of affection lawsuits to embarrass the cheating spouse and their boyfriend or girlfriend as revenge for what they did.

The person cheating with your spouse caused plenty of upheaval in your life, so you may want to sue them to cause them the annoyance of having to hire a defense attorney and appear in court.

Read More: How Do Affairs Start? 5 Dangerous Scenarios To Be Aware Of

Affairs, separation, and divorce can create anger and hurt feelings. Jilted spouses may immediately want to file an alienation of affection lawsuit to lash out at their partners and their lovers.

Before calling a lawyer to file suit against the person you consider a homewrecker, think about the havoc an alienation of affection lawsuit could wreak.

Filing either an alienation of affection or criminal conversation lawsuit will require the services of an attorney, which may be an expense you can’t afford or wouldn’t want to pay.

You would also likely have to pay a private investigator. A more amicable split will result in a less expensive divorce for both parties.

If you and your spouse have children, filing suit against your partner can be harmful to them financially, since a civil suit’s costs will be paid by money that would otherwise go to the support of the children, and emotionally, since it can be scarring for children to see their parents at war with each other in a court of law.

You may think that your relationship with your spouse is damaged to the point of no return since your partner was unfaithful and you are getting a divorce.

However, if you have children together, it is in their best interest for you to have a productive and civil relationship with your former spouse, even if your ex marries the person he or she cheated with. A suit could make a friendship with your ex impossible.

Even though an alienation of affection or criminal conversation lawsuit is against the third party, these suits can be embarrassing for your spouse, too.

These civil lawsuits will put details and evidence of their affair in the public eye, especially if they are an elected official or public figure, causing embarrassment for them as well as the person they were having an affair with.

If you sue the person your spouse had an affair with for criminal conversation or alienation of affection, it could cause damage to your spouse’s income.

The scandal of the affair could cause them to lose a job or, if an elected official, voted out of office. This could limit spousal support for you.

While you think your criminal conversation or alienation of affection lawsuit will hurt the person cheating with your spouse, the process of filing a lawsuit, discovery, and court appearances can cause you more emotional pain than if you divorced amicably and moved on with your life.

You may still have questions about suing the person your spouse is cheating with, but these FAQs will provide you with more answers.

The dissolution of a marriage can be heartbreaking. A spouse who has been wronged by a partner may feel anger, especially if infidelity and lies were involved.

Now the spouse who has tried to honor the marriage vows is going through the pain of divorce and may have to move, live on a lower salary, or give up custody of children at least some of the time.

The marriage has been ruined because a spouse has been having an affair, and the jilted partner didn’t want any of these changes. They likely have financial damages and emotional pain. The spouse’s lover may be to blame.

While suing the person who ruined your marriage may sound like a way to find justice, consider the financial and emotional costs of an alienation of affection suit for you and your family.

Does your spouse’s lover have money to pay damages? Did their relationship ruin the marriage, or did your ex consider the marriage to be loveless? Was the affair actually the cause of divorce?

Will the alienation of affection suit end up scarring your children and ruining any chance of still being on friendly terms with your former spouse?

The answers to these questions and where you live may decide whether you should sue the person your spouse was cheating with.

While you may want to jump right into a suit, make sure you consider carefully before making that step– though you can drop your charges, you can’t take back the decision to start it in the first place.

Further Reading: How To Forgive Yourself for Cheating and NOT Telling In 10 Steps