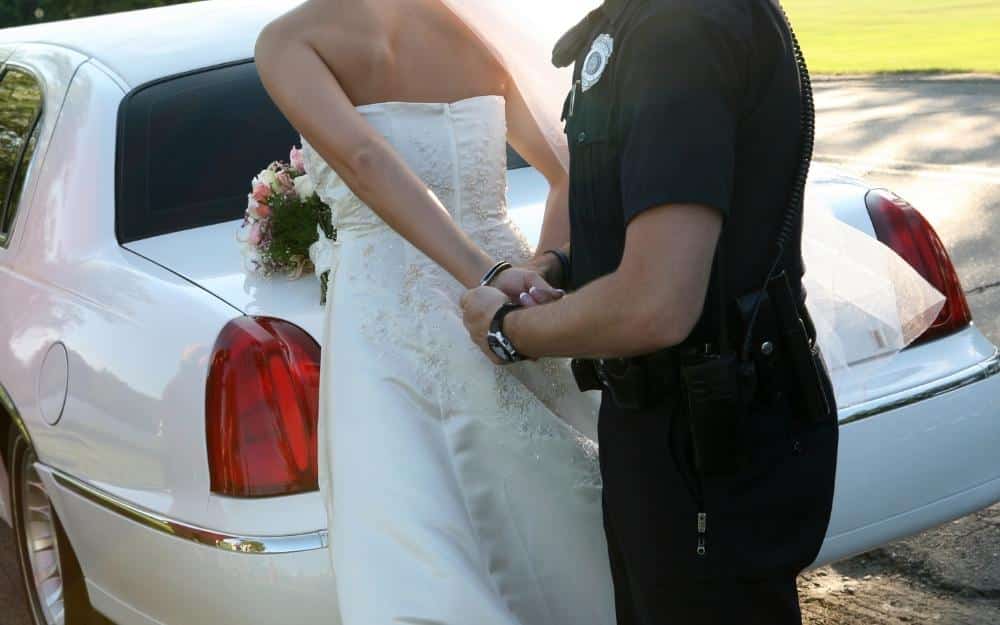 When you get married, you’re committing to be with and love one person for the rest of your life. It’s a big commitment that lots of people make before they are ready.

However, if it’s done right, it can be one of the best things.

Unfortunately, it can also bring out the worst in people if they marry the wrong person. People who at one time loved each other can hurt each other worse than anyone else. The most common way to do this is to cheat on your partner.

However, that leads to the question, is it illegal to cheat on your spouse?

Cheating is not something we condone. If you’re at the point in a relationship where you’re thinking about cheating, the relationship is over.

End the relationship, separate from your spouse, and get a divorce before you start a relationship with another person.

Even if the relationship has fallen apart, your goal should not be to hurt the other person.

However, cheating is something that people do every day. While it can have emotional consequences, it can also have legal consequences too.

Is It a Crime to Cheat on Your Spouse in the USA?

Yes, it can be illegal to cheat on your spouse. Depending on where you live, you could be charged with the crime of committing adultery.

There are 17 states in the United States where you could get fined or imprisoned for cheating on your spouse. The states and their punishments are as follows:

Having an affair in Arizona can wind you in jail. It’s considered a Class 3 offense, with a maximum sentence of 30 whole days in jail. In the state, both the person cheating and the person they cheated with can be charged.

Laws are a little stricter in Florida, as you can face up to two months in jail and a fine of up to $500 for having an extramarital affair.

In Kansas, sexual contact with anyone other than your spouse is a Class C offense. The crime is punishable by up to a month in prison and a maximum fine of $500.

Maryland is barely worth mentioning because all that will happen is you will be charged $10 for cheating on your spouse.

Cheating on your spouse is a felony in Massachusetts that carries a fine of up to $500 and up to three years in prison.

Cheating in Oklahoma isn’t taken lightly as you can get fined up to $500 and spend up to five years in jail.

Cheating on your spouse is also a felony in Idaho. If you are found guilty, you can receive a fine of up to $1000, and you can go to jail for up to three years.

In Michigan, cheating on your spouse is a Class H felony and misdemeanor. It is punishable by jail time or other interim measures. However, the punishments are kept vague, and as a result, they are up to the discretion of the judge.

While cheating on your spouse is technically in Wisconsin, you will not face much punishment. You will only be charged $10, and you will not go to jail.

The state of Minnesota can fine cheaters up to $3000 for adultery, and those found guilty can spend up to a year in jail.

While Utah is known for its polygamy, the laws do not agree. Adultery can lead to imprisonment for up to six months and a fine of up to $1000.

You will not get fined in New York for cheating, but you could go to jail for up to three months.

Cheaters in Mississippi will be fined up to $500 and imprisoned in a county jail for up to six months.

If you do not want to be fined $1000 or spend three years in prison, you should avoid cheating on your spouse in Georgia.

If you cheat in South Carolina, you could be done $500 to $1000. You also might lose six months to a year of your life in prison.

North Carolina has much softer laws than its southern counterparts. The punishment for adultery is a maximum of 30 days in jail.

Read More: Here is EXACTLY How Cheaters Hide Their Tracks

What Is the Likelihood That Your Will Get Charged for Cheating on Your Spouse?

While there are 17 states where you can go to jail or get fined for cheating on your spouse, what is the likelihood that it will happen? In the 21st century, it’s unlikely for someone to get charged with a crime of adultery.

As we mentioned above, Massachusetts still classifies adultery as a felony. You can get fined up to $500 and spend up to three years in prison if you’re found guilty. However, the last conviction in Massachusetts was back in 1983.

There have been convictions in various states over the years, but they are rare. The number one reason for this is that while the laws are still in place, most judges don’t want to convict people for the crime. Most people look at the laws as unconstitutional, which is why it has been decriminalized in most states.

The other reason is that it’s very challenging to prove that someone cheated. So, even if you found a judge willing to charge your spouse for cheating, you would need to prove it. Most evidence in these cases is circumstantial, and as a result, it’s challenging to prove.

Read More: Is It Illegal To Go Through Your Spouse’s Phone?

Where Are the Most Severe Adultery Laws in the World?

Industrialized countries are unlikely to charge people with a crime for adultery, even if they have laws against it. However, there are still places in the world where adultery is a severe crime. Some of these countries might surprise you.

In the Phillippines, men and women who have sex with someone other than their spouse can face jail time, as can the person they cheat with. Adding to the barbarity of these laws is the fact that women receive more severe punishments.

Women found guilty of cheating can spend up to six years in jail, whereas men have a maximum sentence of four and a half years. Additionally, the woman that a man cheated with is sentenced to exile for four years and one day.

Cheating in the Phillippines is classified as having sexual intercourse.

People found guilty of adultery in Afghanistan can be sentenced to “a long imprisonment.” The exact length is not specified, and as a result, it’s up to the judge.

The worst part about this law is that it doesn’t distinguish between sex crimes. As a result, victims of rape can get accused of adultery and go to jail for it.

The northern states of Nigeria have criminal laws in place that call for the stoning of adulterers. However, there have not been any reported executions of any kind in Nigeria since 2016.

Sudan is one of the last places in the world you should consider cheating on your partner. It’s a capital offense to commit adultery in Sudan. The crime is punishable by stoning to death.

There is evidence that women, including pregnant women, have been sentenced for this crime. However, there is no evidence that the death penalty has been enforced for many years.

Saudi Arabia is another country where you can be punished by stoning for committing adultery. However, what makes things worse is that it’s far more likely to be enforced in Saudi Arabia than in Sudan.

While a conviction is hard to get with those stipulations (especially for men), those found guilty are sentenced to death. Saudi Arabia has the third-highest number of executions per year.

Cheating in a marriage is something everyone should avoid. It’s a cruel thing to do to someone, even if you think the relationship is over.

But is it illegal to cheat on your spouse? In the United States, you’re unlikely to be charged for adultery, even in the 17 states where it’s illegal. However, there are other countries where punishments can be severe.

Hopefully, the world will become a place where people aren’t executed for mistakes they make in their marriage.