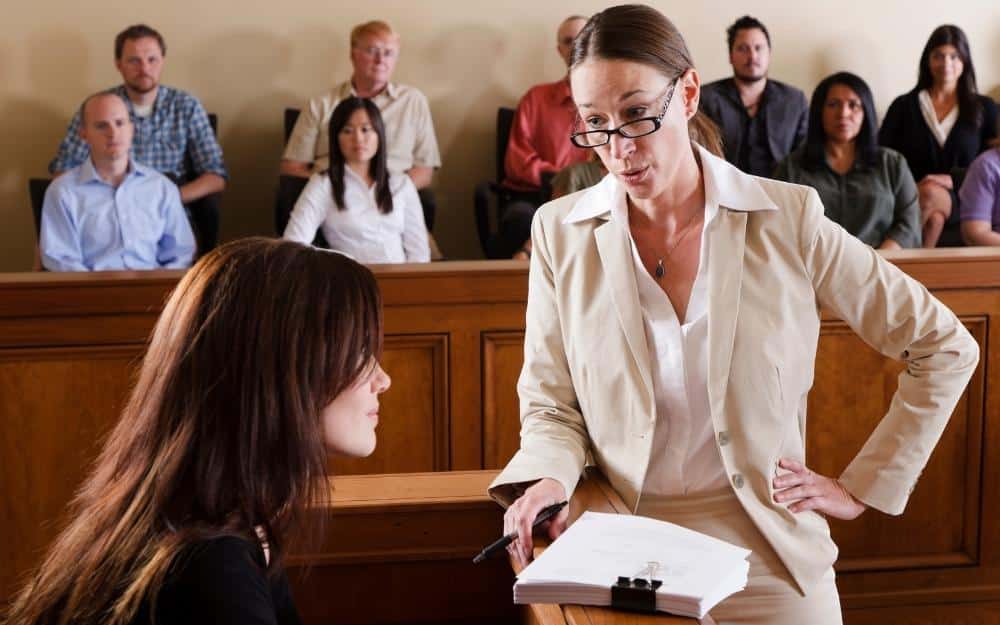 Suppose you’re divorced because your spouse cheated on you, and you want to know if you can sue.

You probably want to sue for damages under alienation of affection law, also called the homewrecker law.

We’ll also explain what you have to prove to show alienation of affection.

What are Homewrecker Laws?

Homewrecker laws, also called alienation of affection laws, allow someone to sue their ex-spouse’s lover. In short, if the marriage broke up because of an affair, six states allow the injured spouse to sue the lover and possibly recover damages.

Read More: Do Judges Care About Adultery In Divorce?

What You Have to Prove to Show Alienation of Affection

For an injured spouse to be successful, they must show the following:

States that Have Homewrecker Laws

Plaintiffs in Hawaii must show they did not seek out the defendant and are not responsible for the marriage breakdown.

Hawaii's best homewrecker case is Hunt v. Chang. In this case, Joan H. Hunt sued on behalf of herself and her minor child for alienation of affection. The Supreme Court of Hawaii mentioned the five elements of a cause of action established in the case Long v. Fischer:

Joan and James had a son 29 days after getting married. James’ drinking problems caused him to change jobs frequently. Joan and her son followed James to various jobs in different states.

Joan filed for divorce against James in California in 1977 because of his drinking and gambling. He promised to stop, so she dropped the divorce petition.

James moved to Hawaii in September 1974 to work as a restaurant manager, leaving Joan and Jimmy behind. James met Elaine Chang in October 1974. A few months later, they moved in together.

Chang supported Hunt while he lived with her, including paying for trips and giving him gambling money.

Joan said James wrote to her twice a week and called her every Sunday between August 1974 and June 1975. James said he wrote only a couple of times a month. James eventually wrote Joan that they were “through.”

Joan later learned that Elaine and James were “very friendly.” When she called James in Hawaii, he asked her not to come to Honolulu; she said she and Jimmy would stay in Arizona.

Elaine interrupted and told Joan she was supporting him and she didn’t want Joan to call her house anymore.

James testified that he considered divorcing Joan after leaving for Hawaii. Joan said they had been together for years.

The Hawaii Supreme Court ruled that Joan Hunt had failed to prove all five elements of her alienation of affection claim under Long v. Fischer.

As the court points out, Chang exerted a “malicious and improper influence on James Hunt in violation of Joan Hunt's rights.” Chang was not responsible for the spouse's drifting affections.

Joan didn't prove James lost love and respect due to Chang's influence, so she failed to establish alienation. James accepted Chang's advances right away, and she actively assisted her.

According to HG Legal Resources, you can still sue the person who stole your spouse; though the courts look at it with “disfavor,” they upheld it in 1999.

According to Chapter 52 of the NC General Statutes, “Powers and Liabilities of Married Persons,” a spouse can sue another spouse for alienation of affection.

Ehren Hull claimed alienation of affection and criminal conversation regarding Tony Brown's wife. Brown also alleged negligent infliction of emotional distress and emotional distress. Under North Carolina Rules of Civil Procedure P 42(b)(4), Brown moved to dismiss and requested that the case be transferred to the superior court of Wake County for a three-judge hearing.

The motion sought to dismiss the plaintiff's covenant claims based on the statute codifying them and expedited transfer to a three-judge panel. The motion did not demonstrate that statutory amendments changed common law elements of any tort.

In Mississippi, you have to show the spouse did not seek out the defendant and that you are not at fault for the marriage breaking up.

Jason Chad Cooley filed for alienation of affection against Chuck Wood. The trial began on September 8, 2009, and lasted two days. It resulted in a $100,000 verdict in Cooley’s favor.

Wood filed a motion for a new trial and remittitur in alternative despite the verdict and discovery sanctions. The circuit court denied his motions on February 8, 2010. This led him to appeal.

Jason Cooley married Jennifer Cooley on February 9, 2002. They had one child together and children from previous relationships. Jennifer worked in accounts receivable for Wilburn Oil Company under Wood's supervision. The two began exchanging flirtatious emails and instant messages while she worked there.

It is clear who sent the first message. In January 2006, they began a sexual relationship despite being married. In February 2006, Jennifer and Cooley ended their four-year marriage.

Jennifer filed for divorce on March 17, 2006, citing abuse. As a result, Cooley filed a counterclaim for divorce, claiming habitual cruelty and inhuman treatment as a basis for irreconcilable differences, unaware of Jennifer and Wood's affair. Jennifer and Wood slept together until Wood's wife confronted him in May 2006. Cooley learned of it at the same time.

In his ruling, the circuit judge ordered the jury to return to deliberations to determine an amount because it was “likely not a legally recognizable verdict for the Court to accept.” The jury returned a second verdict in Cooley's favor and awarded him $100,000 in damages.

South Dakota’s alienation of affection law is leftover from when wives were still considered a husband’s property. However, today, both men and women can sue if they feel that someone interfered with their marriage, causing them to fall out of love with their spouse.

In this case, Robert Pearsall married Ione Hix after a three-year courtship. On October 11, 1951, Pearsall enlisted in the military and began training soon after. He was given a 10-day leave to spend Christmas with his wife and her parents.

He was granted another 17-day leave in March, during which they lived together as they had before and were happy.

He served in Korea for almost 11 months, beginning in April 1952. In September 1953, his parents met him at Wood, and he went to White River to see his wife. She invited him into her house and showed him her baby.

It didn't matter to her whose baby it was; she would divorce. The plaintiff's absence and the child's birth date demonstrate he is not the father.

After losing all love for him, the plaintiff sued the defendant, John Colgan, for alienation of affection and criminal conversation. The jury returned a directed verdict, and the plaintiff appealed.

After examining the evidence, the appellate court reversed the decision, finding enough evidence to support the claim.

Alienation of affection isn’t defined in Utah’s code, but it is upheld in case law, as shown in Norton v. MacFarlane.

One case where a plaintiff argued unsuccessfully to abolish the alienation of affection law in Utah was Norton v. McFarlane. Greg Norton appealed the decision not to overturn the law. Still, the decision was upheld on the argument that someone who feels their marriage broke down because of someone else should sue them.