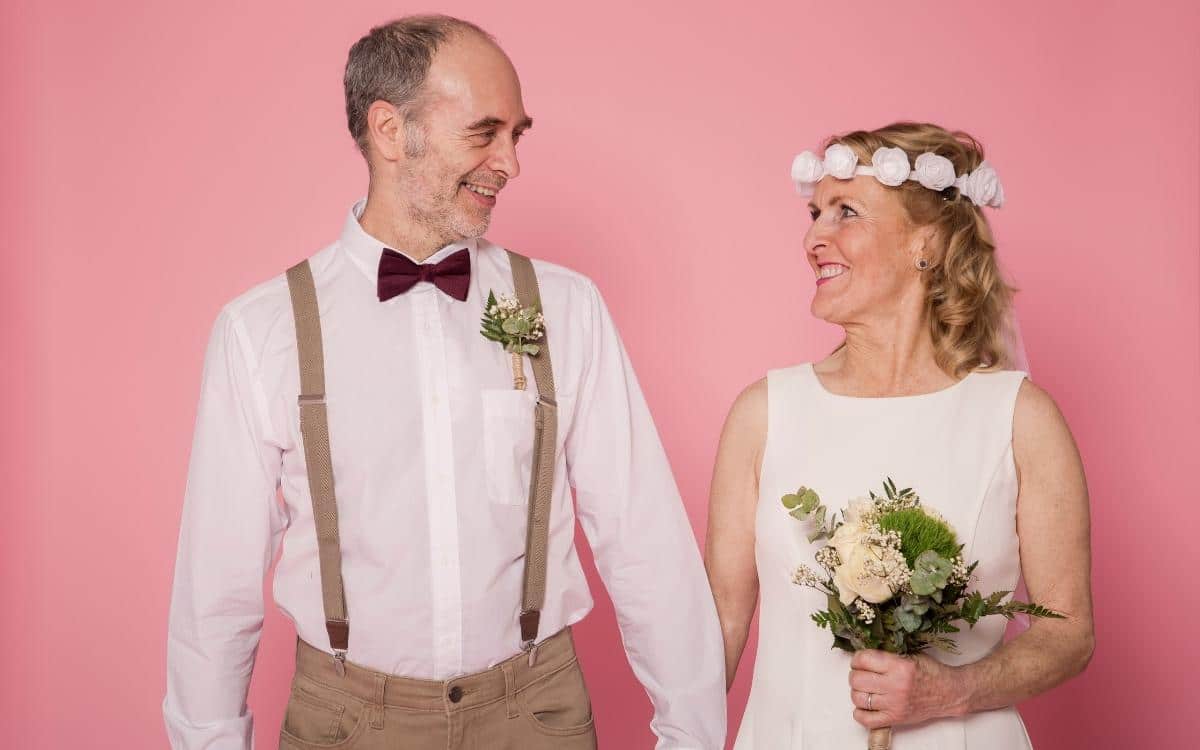 Whether you came out of your previous marriage bitter, exhausted or confused, giving marriage another try is always an option – as long as the divorce decree is final.

But how soon should you remarry after a divorce? Are there laws preventing you from remarrying right after separation?

Before rushing into another union, there are several things you should consider. Learn how long after a divorce you can remarry and what to consider when remarrying.

When To Remarry After a Divorce

The time it takes to remarry after divorce varies from state to state. While it’s most people’s wish to expedite the divorce process, some states like Nebraska, Texas, and Rhode Island, among others, find good reasons to delay finalizing of divorce.

In the 1960s and ’70s, states like California, Arizona, Iowa, and Delaware required divorcees to wait up to a year to remarry. Thankfully, these states no longer have such strict restrictions. And the same applies to most states.

In some states, the waiting period after a divorce ranges from 30 to 90 days. Others will allow you to remarry after six months following your divorce.

Below are states with marriage restrictions after a divorce.

Why do many states impose a waiting period after a divorce?

The waiting period is between filing your divorce papers and when the court will legally dissolve your marriage so you can remarry.

The waiting period can be annoying. Every day spent when waiting is another opportunity for your ex to appeal the divorce settlement. But what if you want to marry your new partner immediately?

Here are the reasons why some states have waiting periods after divorce.

Some states with waiting periods believe in marriage institutions. Divorce is painful and frustrating. If kids are involved, it might take them long to comprehend, heal and move on. The waiting period is meant to allow you and your spouse to take a step back, reflect, and reconcile if possible.

One partner likely filed the divorce in anger. After a few weeks or months, tempers might subside, and the partner might reconsider their decision.

If divorce resulted from abandonment or abuse, reconciliation might not be an option.

Disagreements on How To Co-parent

If children are in the mix, agree on how to co-parent immediately. Disagreements about co-parenting lead to investigations after divorce.

Investigations revolve around housing, schools, visitations schedules, and mental/physical impediments. These investigations might require parents to meet with custody evaluators and children’s professionals.

Separation requires divorcees to disclose their financial positions for a fair division of assets. The waiting period allows couples to investigate if there are hidden assets. It enables scrutiny if a spouse is unsatisfied with the other spouse’s disclosure.

Remarrying during the waiting period could lead to problems if an ex contests your new marriage.

Your divorce is finalized after the waiting period elapses. You can walk down the aisle with your newly found love. But is that all? Are there factors affecting the timeline of remarrying after divorce?

But before you exchange vows with your new partner, here are some factors that might affect your remarriage timing after a divorce.

Divorce Is Not Yet Finalized

Read More: Is It a Sin To Marry More Than One Wife?

Remarrying is possible if the divorce is uncontested. However, states with mandatory waiting periods require spouses to wait a few weeks or months before remarrying.

The waiting period applies even if no one contests the divorce. The best thing is to consult your divorce attorney to know when you can remarry.

Most states will terminate alimony once the supported partner remarries. So, if you’ve been receiving spousal support from your previous marriage, don’t expect it to continue after remarrying.

Check how alimony termination in your state applies because the specifics differ by state. For example, a paying spouse in Arizona must file a termination petition.

Consider delaying your remarriage plans if you wish to continue benefiting from alimony. Perhaps alimony is helping you pay the bills, go back to school, or pay your loans.

Read More: Do You Have To Pay Alimony If Your Spouse Cheats?

Remarrying in a Different State

Are you planning to remarry in another state after a divorce? States without waiting periods will allow you to remarry immediately.

The time it takes to remarry depends on the waiting periods of the states you’re dealing with.

For instance, if you reside in Alabama and want to go to New York to remarry during the 60-day waiting period, the marriage becomes void upon returning to Alabama.

For your marriage to be valid, you should continue residing in New York, regardless of the time you remarried. Such might not apply in other states. Research the state-specific rules or consult with your divorce attorney before remarrying in a different state.

Why You Should Slow Things Down Before Remarrying

Have you met the true love of your life after a divorce and want to get married?

Remarrying is a great way to get over your previous marriage and enjoy new experiences. You’re also likely to succeed after marrying a partner with whom you’re in love.

But remarrying immediately after a divorce might turn disastrous. Remarrying is not all about love, sacred vows, and promises.

There’s a lot that comes into the wider picture. Be sure to act with your mind, not your heart. Failure to slow things down might lead to the same problems that contributed to the previous divorce.

Here’s why you should slow down before remarrying.

Healing from the pains of your previous marriage is a crucial step before remarrying. A cruel spouse and a frustrating divorce can leave a lot of injuries.

These injuries might take longer than you’d expect to heal. Take your time to heal and let your new love know you’re still in the healing phase. If it’s true love, your partner can wait for over a year until you’re ready to remarry.

You can expedite the healing process by paying your therapist regular visits. Therapy will help you learn from the mistakes of your previous marriage and forgive your ex.

You can then look into what you should do after remarrying to avoid repeating the same mistakes.

You Still Blame Your Ex-Spouse

Some people believe that their ex-partners were the root cause of the divorce. If no one can convince you otherwise, you should not consider remarrying immediately.

Ensure to let go of your horrible past. Acknowledge that you played a part in the divorce, forgive your ex-partner and move on.

Assess how your thoughts, communications skills, attitudes, and coping mechanisms might have contributed to divorce. Unpack what led to failure in your last marriage before getting into a new one.

Think About the Kids

Don’t mistake putting your needs first and forgetting your kids. Your children might take longer to come to terms with the divorce.

Perhaps they’re hoping for a reunion. In the case of older children, they might be hurt and might act out after learning about your plans.

While your kids have no control over your remarrying, their emotions matter greatly.

You don’t want to introduce them to a step-family, only for them to act out. Will they blend with their step-siblings? Slow down if you don’t want your kids to create problems in your new marriage.

Give them ample time to heal and introduce them to a therapist. Communicate and agree before remarrying.

Remarriage after a divorce is one of the best ways to forget your past and move on. You can explore love and companionship with a new spouse and celebrate subsequent anniversaries together.

However, consider how long you should take to remarry after a divorce. Learn about your state laws concerning waiting time. Alternatively, seek the help of a divorce attorney. Ensure to look into all the factors above before remarrying.