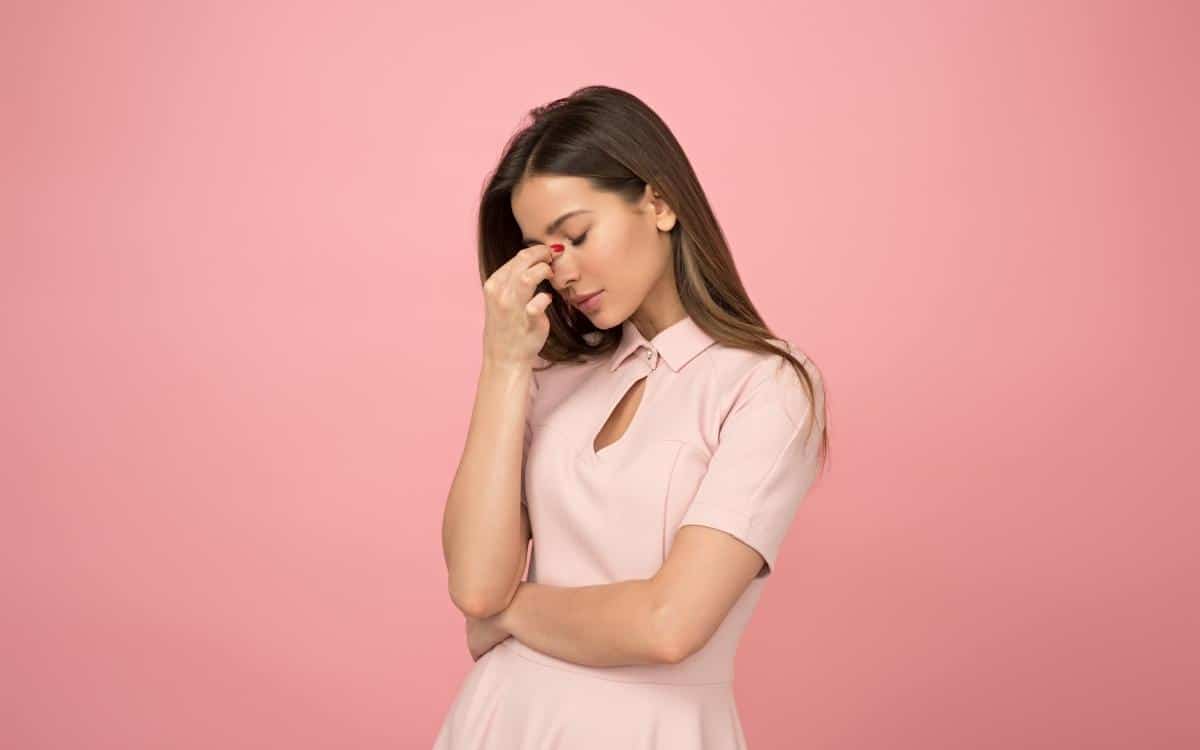 Statistics show that people are dating less and marrying later than ever before. This is true within the church as well.

The reason behind an increased number of single adults is blurry, but one thing is prevalent—the current dating pool is cautious.

If you’re single and looking, you know how challenging it is to find someone that checks off every one of your non-negotiable boxes. Finding a fellow believer who does so is even more difficult.

And while “Wait on God,” is wise counsel, it’s easier said than done. At one point or another, every Christian has caught themselves thinking that they could change a potential boyfriend or girlfriend into a God-loving spouse.

Considering Jesus called us to be the light of the world these thoughts aren’t too far-fetched. But does that make them right?

As harsh as it may seem, the Bible is clear—we shouldn’t date non-believers.

Why You Shouldn’t Date a Non-Believer

The verse is suitable for teaching relationships because it is a straightforward answer to whether or not it’s okay to date non-believers, leaving little room for interpretation.

When instructing the church in Corinth on holiness, the Apostle Paul wrote, to not commit to those that are non-believers because there should not be lawlessness where there is righteousness.

Paul’s words are black and white, leaving little room for interpretation. He is advising believers to avoid close relationships with non-believers. It’s also important to note that he warns against such a relationship in a section teaching on holiness.

Holy is defined as someone who is complete goodness and is worthy of worship. If you’re a believer you know that God is the only one perfect in goodness and righteousness.

Paul is saying that every piece of our life should be devoted to God, including our romantic relationships.

To fully understand the apostle's instruction, let’s focus on what he means by “Do not be unequally yoked together with unbelievers.”

Read More: Is It A Sin To Live Together Before Marriage?

What Does It Mean to Be Unequally Yoked?

The word yoke appears in the Bible multiple times, but these verses make little sense if you don’t understand what a yoke is. If you're anything like me, you picture the yellow part of an egg every time you hear a verse with the word yoke. Well, that's not quite what the Bible is referring to.

If they are not, one will overpower the other, and they will turn in circles rather than travel forward.

Your faith makes you the stronger of the oxen, but your partner’s disbelief makes him/her much weaker. Your relationship, or yoke, may keep you side-by-side, but every time you attempt to pull the load that is God’s kingdom, the dead weight of the weaker oxen hinders you.

Paul stresses this matter so intensely because his previous letter to Corinth calls believers to grow in their relationship with God.

In 1 Corinthians 3:2, the apostle wrote, “I fed you with milk and not with solid food; for until now you were not able to receive it, and even now you are still not able; for you are still carnal.”

We were like newborn babies when we first received Christ. We had a minuscule understanding of what it meant to be a Christian. But with every moment that we invite God into, we grow.

God will continue calling us deeper as long as we keep walking.

But, how can we expect God to grow us if He's not a part of our most intimate relationship, aside from the one we have with Him?

If you're thinking that dating relationships aren't nearly as big of a deal as we’re making them out to be—take a look at what the Bible says.

What Does the Bible Say About Dating?

At first glance, the Bible doesn’t have much to say about dating but a whole lot to offer on marriage – this may be because people didn't date in biblical times. It was common practice for a man's family and a woman's father to arrange marriage.

So, if we’re no longer living in biblical times and get to choose our spouse, why is merely dating a non-believer such a big deal? Why can’t we just date to date?

There are two reasons that we should date intentionally:

God calls us to honor Him in everything we do, including the relationships we build.

In 2 Timothy 2:22, the Apostle Paul instructed Timothy to run away from anything that might stimulate the lusts of youth and instead to pursue living that encouraged love, peace, and righteous living.

The word lust often carries a negative connotation. It means to have a deep craving for something, most commonly another person.

A few of us would be lying if we said we’ve never been romantically drawn to an unbeliever – this is normal and perfectly okay. However, acting on it is not.

As mentioned above, expressing and moving on an interest in an unbeliever can damage our relationship with God.

Doing so would be submitting to “youthful lusts,” or satisfying our flesh which Jesus called us to die to in Luke 16:24. Hence, the reason Paul suggests we run from such desires.

It’s also important to emphasize Paul’s use of the word companionship. We can assume he's advising his reader, Timothy, to avoid forming close relationships with non-believers. While the Bible offers plenty of verses to explain why the following two are especially useful:

Pay careful attention to the beginning of the verse, “Do not be deceived […]” The author, Paul, knew how tempting it could be to befriend and mingle with unbelievers. More often than not, non-believers are kind, fun people, but they do not have the same convictions you have. Witnessing and permitting their sin can be an awfully slippery slope.

You probably know at least one person that has this verse in their Instagram bio. Can you blame them? It’s a good reminder!

When you learn how the Hebrew people understood the heart the verse is even more touching. The Hebrews did not merely view the heart as an organ. They viewed it as a person’s inner control center—where they feel and make sense of things.

The writer, King Solomon, is saying that we should guard this piece of ourselves at all costs, always aligning it with God. Doing so leads to a fulfilling life. What better way to guard the part of us that feels the most than to seek Godly companionship that draws us nearer to Him?

Nowadays, it’s rather rare to marry the first person you ever date. It’s also slightly strange to begin discussing marriage after the first date.

To clear things up, that is not what dating to marry means. Dating with an intention to marry is less about rushing to find a husband or wife and more about honoring God’s design, as written in Genesis 2.

In Genesis 2:18 God said, “It is not good that the man should be alone; I will make him a helper fit for him.” Over a span of six verses, God formed Eve from Adam’s rib and then presented her to him.

In Genesis 2:24, God's word solidifies their marriage, “This explains why a man leaves his father and mother and is joined to his wife, and the two are united into one.”

But Genesis 2 is far more than a documentation of the first marriage. It's proof that God designed man and woman to marry, not just to date for fun.

To put it plainly—Don’t date someone you could not have a Godly marriage with. Even if you are not quite ready to get married yet, ask yourself, “If I married this person tomorrow would our marriage be pleasing to God?”

If the answer is yes, you are dating with an intention to marry. If the answer is no, you may be dating for the wrong reasons or in the wrong relationship. More importantly, there is no use in trying to force a love that God has not ordained for you. If God says no, you should probably listen.

Plenty of us have learned this the hard way.

Song of Songs effortlessly reiterates this point. The love poem, spoken from the perspective of a young man and young woman, depicts the beauty of a Godly marriage.

Written from the woman’s point of view, the poem says, “Promise me, O women of Jerusalem, by the gazelles and wild deer, not to awaken love until the time is right.”

The in-love woman advises the unmarried daughters of God not to rush or force love, but to put their faith in God.

So then, how do you know when you have a Godly relationship that will one day prove marriage-proof?

We’ve spent quite a bit of time sharing what to avoid in a dating relationship, so let’s spend a brief amount of time discussing what a relationship that honors the Lord looks like.

How to Ensure Your Relationship Honors God

The author of Ecclesiastes shares the beauty of Godly companionship in chapter 4, verse 12, “A cord of three strands is not quickly broken.” Imagine you as one strand, your partner as one strand, and God as the third.

Is this not what every believer desires? A relationship with God at the center. When turmoil strikes, you have a firm foundation to hold you and your partner upright.

With that said, let’s look at a few tell-tale signs your dating relationship honors the Lord and will prove marriage proof when the time comes:

Sometimes, I think we forget that God is the author of our life. He is the same God who wrote and fulfilled the most beautiful love story of all time.

So then, why do we not trust Him to write ours?

If you are waiting on a future partner, know that you don't have to settle.

All you have to do is put your faith in the words Jesus spoke in Matthew 6:33, “Seek the Kingdom of God above all else, and live righteously, and he will give you everything you need.”