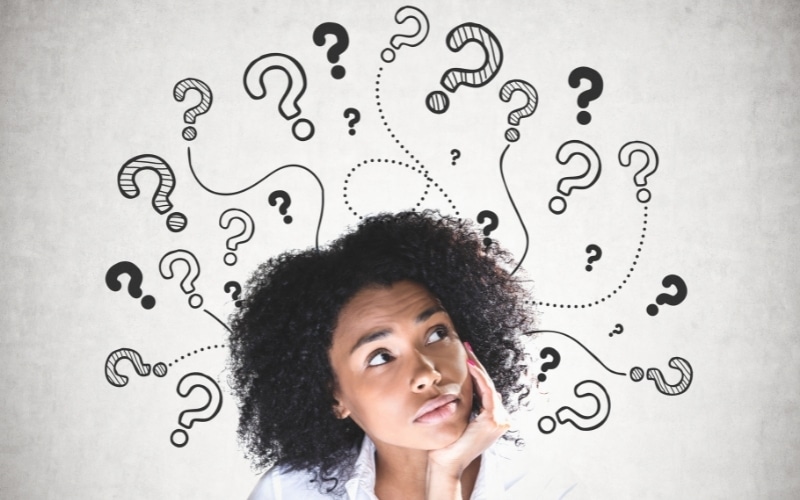 There are different legal options available to deal with a failed marriage. A couple can go to court asking to get divorced or may choose to go another route and look to get an annulment instead.

An annulled marriage is when a marriage never happened in the court’s eyes.

Getting a marriage annulment has many potential impacts on your marital status, custody of any children, and potentially on financial matters. Before you file for an annulment, understand first how it differs from divorce and learn the ramifications of this decision.

Here are the marriage annulment questions we will answer here:

What Is a Marriage Annulment?

Choosing to get an annulment is a way to have your marriage nullified and thus end an unsuccessful marriage. In an annulment, the court determines whether a marriage is legally valid or not.

But, what is considered an annulled marriage?

A decree of nullity is a court’s declaration that a marriage never occurred in the eyes of the law. This means that the marriage between you and your spouse isn’t valid and was never a legal union.

According to a report, there were over 782,038 annulment and divorce cases in the U.S. in 2018. A survey per 1,000 married women also shows that almost 50% of all marriages end up in separation in the U.S. While this may be dropping, the termination of marriage is still a harsh reality for many Americans.

Legally, there are two types of marriages eligible for annulment:

How Does an Annulment Work?

First, an annulment may only be granted if it meets state specific legal requirements. The legal justifications make legal annulment very rare in some states, and they may include the following:

Because one of these conditions must be met for an annulment to be granted, they are rare. However, if you are given an annulment, it means you and your spouse can start a new life with a clean slate. And because the marriage is nullified, your marital status becomes single or unmarried instead of divorced. In the eyes of the law, your marriage never happened.

Many couples also find they’re significantly better off financially because they don’t need to share their properties nor pay alimony. Since a marriage is deemed to have never occurred, each spouse isn’t seen as a married person from a legal point of view. However, the original license application of marriage and annulment remains in the public record.

When Can a Marriage Be Annulled?

A marriage is only considered annulled when the law concludes that it was either void or voidable. This designation is subject to meeting specific criteria, or else an annulment would not apply. It’s critical to examine the various circumstances that surround a marriage to make that determination.

Void marriages automatically qualify for an annulment because they were formed based on an illegal act. However, even though legal reasons may exist, the court won’t invalidate voidable marriages unless one of the couple files for an annulment. This point is crucial as it is enforceable only when one of the partners seeks legal action in their marriage.

What Are Marriage Annulment Reasons?

The reasons for getting an annulment are very different than the divorce reasons. Here are the five common reasons across states you can may use to get a marriage annulment:

The most common grounds for annulment are bigamy, duress, and fraud.

Do I Qualify For a Marriage Annulment?

The only way for the court to grant a decree of nullity is by proving any of the following legal grounds: misrepresentation or fraud, incest, lack of consummation, lack of consent, bigamy, unsound mind, or coercion.

It’s also essential to take note of the following facts about annulments:

Where Can I Get My Marriage Annulled?

Unlike divorce, there’s no length of stay requirement for residency. So you can simply file your annulment in whatever state you currently reside.

How To Get a Marriage Annulled?

There are several essential steps you need to follow to begin the annulment process.

Fill Out Your Court Forms

Before pursuing an annulment case, make sure you understand the legal grounds surrounding your circumstances. You may want to consult with a lawyer to verify first if you qualify for an annulment.

As is the case with divorce, filling out your court forms is the first step to start your annulment case. Ensure checking the boxes applicable to annulment or nullity. It’s also crucial to check the correct box to serve as the basis of your petition to get an annulment.

It may be challenging to prove the invalidity of your marriage, but you need to be clear and concise on the requirements to prove the reason for your case.

With this, if the court doesn’t grant the annulment, you can still move on under the same case filing for a divorce. Here are the steps in filling out your court forms:

File Your Forms With the Court Clerk

After filling out all the necessary forms, you may file the originals and copies with the court clerk. If no errors are found in the inspection of your documents, the clerk takes the original copy of each form and returns the other copies with a ‘Filed’ stamp.

Serve the First Set of Forms

Court Hearing and Next Steps

Can I Get an Annulment Without the Other Person?

Yes- you can get an annulment without cooperation from your partner. Your spouse can’t stop the annulment process unless they provide the court the necessary proof. Both parties do not need to agree for an annulment to happen.

However, the one who files for the annulment needs a solid and persuasive basis to prove to the judge why the marriage should be annulled. In some cases, this can be a simple matter. However, it might be challenging for other situations, especially if the other party contests the case.

After How Many Years of Separation Is a Marriage Annulled?

How Long Can You Be Married and Still Get an Annulment?

After getting married, the time you get to obtain an annulment depends on several factors, including why you seek an annulment, the state you live in, and your actions during the marriage. Laws vary significantly from state to state. So, it’s better to check with your state laws to know the requirements for getting an annulment.

It’s essential to file the annulment case with the local court before the state’s statute of limitations for annulment runs out. Completing the summons to inform your partner of the filed complaint within thirty days is necessary. Your spouse has another thirty days from the day of receipt to respond.

After this, you and your spouse need to attend the court hearing as designated in your case. The judge grants the annulment if the court finds the request valid and is adequately supported by your documents. Finally, you’ll receive an official order of your annulment being granted.

In California, for example, the deadline depends on your basis for the annulment case:

These matters can involve complicated statutes of limitations and complex custodial and financial implications. Thus, it’s necessary to consult with a lawyer or legal counsel before pursuing an annulment.

How Long Do You Have To Annul a Marriage?

The annulment process may take from a month on the short end to a year on the long end. However, this isn’t a hard and fast rule because the duration depends on several important factors, such as:

How Soon Can You Get an Annulment After Marriage?

There is no time limitation on filing an annulment from the start of marriage because the legal grounds for annulment can be identified at any time. Thus, nothing stops you from seeking an annulment whether you are married with your spouse for a day, a month, a year, or more.

All states in the U.S. recognize marriage annulment, but the statute of limitations for filing an alignment significantly varies by state.

What's the Difference Between Divorce and Annulment?

Both annulment and divorce have the same effect – the termination of a marriage. The only difference between the two is the treatment of marriage.

For example, if you and your spouse get divorced, your marriage is still valid previously. In contrast to divorce, an annulment treats marriage as if it never occurred. In fact, the primary distinction of an annulment is that the marriage isn’t legal to begin with.

An annulment ends the same way with the divorce – the two spouses become single and may remarry with another person. In the case of divorce, the presiding court determines several issues of child support, child custody, division of assets, and alimony.

Here's the Differences Between Annulments and Divorces

The procedure for obtaining an annulment is similar to that of divorce. A spouse starts the process by filing a petition with the local court. Then, a hearing is held, and if granted, the court issues an order.

It’s highly recommended to get legal counsel before you file a divorce or annulment case. Just consider that an annulment can involve several legal complexities such as child support, child custody, and division of assets. All of these factors rely heavily on the understanding of your rights and the law. As a result, an attorney can often provide valuable legal advice in these areas.

Additionally, if a spouse asks for an annulment, and the other asks for a divorce, the court’s decision usually favors an annulment rather than a divorce as long as the grounds are satisfied. This is because the annulment is preempting the divorce. If the marriage doesn’t exist, then a divorce isn’t necessary.

The Final Steps of Marriage Termination

In filing for a divorce, you and your spouse must disclose all personal and combined assets, income, liabilities, and expenses. If both parties agree on divorce terms, what’s left would be filing paperwork and legal documents. The marriage is legally dissolved once the judge enters the final judgment, given the state's waiting period. However, if both parties can’t agree on the terms, a trial is needed.

In the case of annulment, the issues such as child support and custody should be resolved the same way as that of divorce. However, neither spouse can claim survivorship benefits or spousal support.

The division of assets is also different in the case of annulment. Generally speaking, the court tries to leave each spouse in the same status they were before the marriage happened.

Now, you know the answers to the most frequently asked questions about annulment. When filing for an annulment, the court staff can’t give you any legal advice and recommendations about what you need to do. They can’t also tell you how to protect your own interests.

For these reasons, it is usually a good idea to consult with a lawyer or a family counselor before pursuing an annulment. These professionals can help you understand whether you should get an annulment or divorce depending on your circumstances.

The whole process can move faster and more seamlessly if you and your spouse already reach an agreement on many issues before the annulment process begins. So consider your decision carefully and understand that the process will take some time. And rely on the expert legal advice available through an attorney to ensure the process proceeds as smoothly as possible.