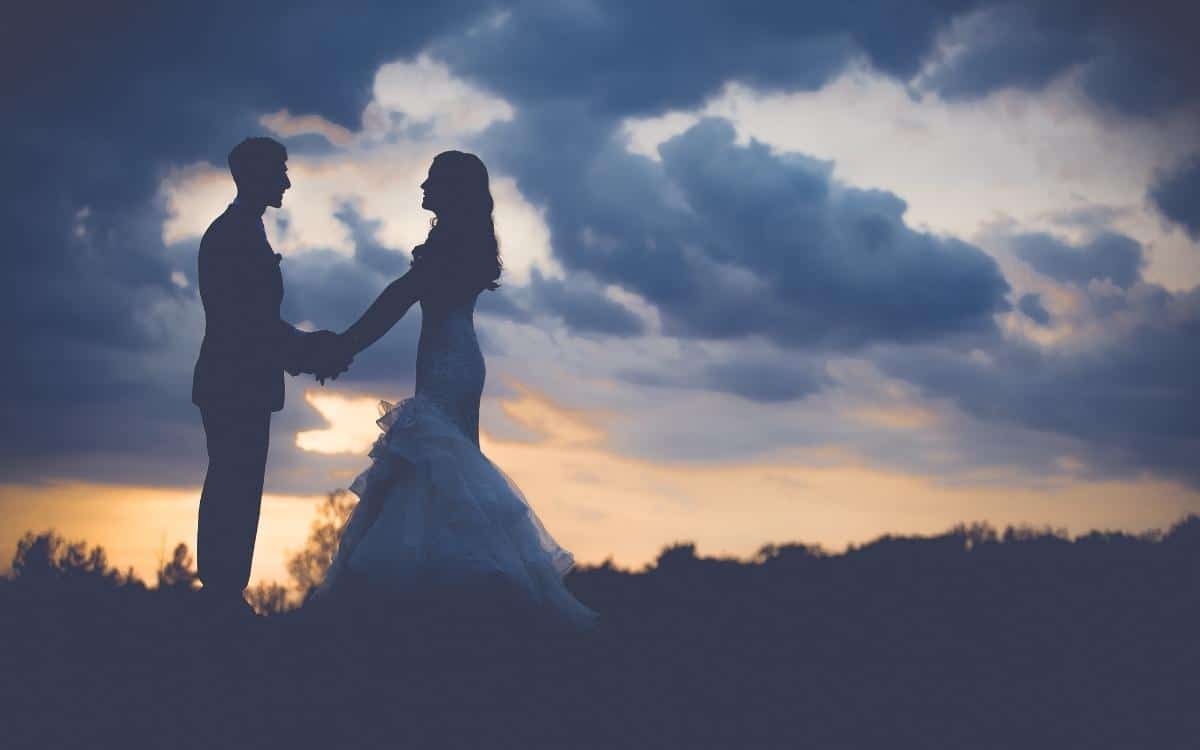 One of the reasons there’s so much confusion around whether or not God will bless a second marriage is because there are several conflicting theological stances on it.

For Christians especially, this can be confusing because both sides of the argument can point at different pieces of scripture to support their beliefs.

So, will God bless a second marriage?

It’s an understandable question and an important one.

In this article, we’ll try and parse the different responses to whether or not God will bless a second marriage and hopefully shed more light on the answer.

To properly get to grips with whether or not God will bless a second marriage, you first need to consider why it’s such a vexed theological conundrum.

This goes back, in large part, to Catholic doctrine on the dissolution of a marriage.

It’s important when discussing whether God blesses second marriages because it lays the groundwork for why many people ask the question in the first place.

And while the Catholic church has evolved its stance on divorce and simplified the annulment process over the years, at its core, the Catholic teaching is that marriage is a sacred, unbreakable promise made by two people before God.

That’s why Henry VIII famously had to invent his own church to sign off on a divorce.

But people forget that early Anglicans were no more in favor of divorce or the dissolution of first marriage than their Catholic predecessors.

While there were reasons for dissolving a marriage, they came with a stigma.

Not only that, but to dissolve a marriage, you needed to prove God hadn’t sanctioned it, and the primary ways to do that involved:

Consequently, it wasn’t until the latter half of the 20th century that people felt sufficiently confident about the answer to this question that you saw second marriages happening in churches.

Will God Bless a Second Marriage?

But there are other schools of thought when it comes to this question. Here are some of the most prevalent opinions on whether or not God blesses second marriages.

What God Has Joined Together

Perhaps the best-known stance on the question of God and second marriages is the Catholic one. That is, that marriage is a lifelong promise before God.

Laypeople believe this means that the answer to our question is a resounding no. But as with so much church doctrine, there is more nuance than that.

The belief in marriage as an unbreakable promise comes from Mark 10:9. However, even if read literally, it quickly becomes apparent that there’s more to Mark’s gospel than meets the eye.

Think for a minute of the ubiquitous marriage vows we hear everywhere, from church services to television shows.

We’ve become so used to hearing these in both secular and sacred contexts that it’s easy to overlook the ecclesiastical stipulation that the people are bound together until death.

Since practically and theologically, death effectively dissolves the marriage, that opens up a space where the answer to whether God will bless a second marriage is yes.

That said, it's not often the people who find themselves posing this question are grappling with something as final as death. So, what else do scholars say about whether or not God will bless a second marriage?

Valid but not Blessed

One school of thought is that while a second marriage may be valid in the sense that it adheres to canonical law, it won’t necessarily be blessed by God.

Since adultery runs contrary to one of the ten commandments, God can’t bless the marriage the way He would a marriage formed in an un-adulterous context.

What’s interesting about this approach to second marriages is that many theologians who argue for their valid if not divinely sanctioned status also argue that the Bible disavows reconciliation.

Reconciliation is the practice by which communicants return to God through a combination of:

The belief that reconciliation is impossible following a second marriage comes from several verses of Deuteronomy that explore what happens when not one but two marriages dissolve.

According to the text, the validity of the second marriage is sufficient to make any attempt at reconciling with a previous spouse an act of adultery.

The Role of Forgiveness

But while adultery may be a sin, it’s not unforgivable.

That makes it difficult to reconcile the notion that God would validate a second marriage but not bless it or absolve the participants with the Christian belief of a loving God.

Interestingly, one thing both Catholic and Protestant scholars agree on is that the Bible sets precedents for second marriages.

From Genesis to the Book of Ruth, the Old Testament is rife with examples of God blessing second marriages. Not only that, but a careful reading of Ruth would suggest God approves of her second marriage to Boaz.

Jacob’s marriage to Rachel is perhaps the most famous of these, not least because it happens congruently with the marriage to Leah.

Crucially, no one attempts to dissolve the earlier marriage, and no one contests the validity of either; not the women involved, not their family, and not God.

But Jacob and his wives belong to the Pentateuch, which is part of the Old Testament.

It’s an important distinction because all the Synoptic Gospels agree that toward the end of his ministry, Christ charges his followers with a new commandment or covenant.

Theologically, people can and do argue that this nullifies much of the Old Testament teachings. So, it’s interesting that even the New Testament doesn’t invalidate second marriages.

Instead, we have Christ grappling with the story of a woman who marries not only a second time but seven times. Various listeners presume that the subsequent marriages are invalid, but Christ disagrees.

What’s important here is that there is strong scriptural evidence that God will bless a second marriage.

Blessing a second marriage seems particularly appropriate because the God of the New Testament is a benevolent God.

Throughout the New Testament, He is repeatedly associated with love, especially parental love, for His creations.

From there, it’s a natural leap to presume He can and will bless second marriages. A well-founded marriage is rooted in love, which comes from God alongside His blessings.

Writing about love and relationships, theologian C. S. Lewis talked about multiple kinds of love and how at their strongest, marriages were grounded not only in romantic love but also in affection and what he called philia or friendship.

The affection also comes from God.

Lewis even allows space for charity in marital relationships.

Not only is this the word originally used in the famous Corinthians passage, but it also emphasizes the importance of humility and forgiveness in love, regardless of which ecclesiastical lens you approach love and second marriage through.

It’s a small thing, but remembering our fallibility is an integral part of figuring out whether God will bless our second or third unions.

And if it’s possible to quote Mark 10:9 on the longevity of marriage, it’s equally important to remember John 3:16. It’s a more esoteric verse, but it’s a powerful reminder that we are fallible.

We will always go wrong. We have made a number of mistakes from the beginning of time, and God has always been forgiving. God’s blessing always comes after we own to our sins and ask for forgiveness from Him.

That extends to blessing second marriages. These are contracts of love in all their shapes and sizes. And as the hymn says, where there’s God, there’s love.

It’s likely no two theologians will ever agree on whether God will bless second marriages. It’s been a bone of contention between different factions of Christianity for hundreds of years.

But it's an important and meaningful question to people of faith as they consider a second marriage.

The theology matters less than your understanding of God. Is He didactic? Or is He a God of loving-kindness?

We can’t answer that for you. But if we had to offer our own, fallible interpretation, we subscribe to a God that is love. And that God will bless second marriages, because they too are a demonstration of love.