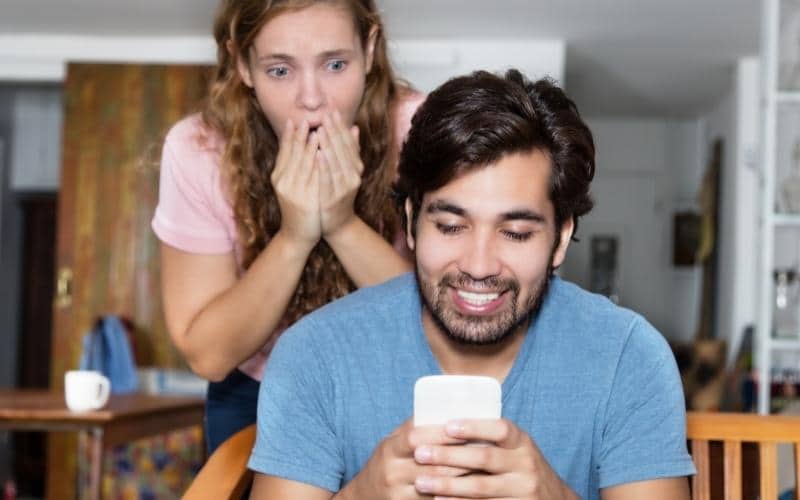 “Once a cheater, always a cheater?” Or is he?

Once your partner cheats, it's difficult to know if you can ever trust him again. It's a challenge to put your heart on the line again, especially when you could be crushed once again.

However, there are a few men who realize their mistake and come crawling back. They swear loyalty, and once given a second chance, never cheat again.

As the person who was hurt, it's your right to decide how you feel and whether you can trust him. Read on for 11 signs he will cheat again.

While most people's personalities grow more consistent each year and are typically set by the age of 30, that doesn't mean that people are incapable of change. However, changing is an incredibly difficult process. A person has to be fully committed to changing who they are.

In most cases, if a man didn't treat you well before he cheated, he most likely won't treat you much better once the two of you are back together.

The good news is, that with age comes maturity. Some men get more secure as they get older and want a monogamous relationship. If the cheating occurred when he was younger, he may have different wants as he ages.

A person's relationship history is often very telling. Has he cheated on other girlfriends? If he has, then that's a major red flag.

Even if he never cheated on another partner, did he quickly move from one relationship to another? That's another sign that he may have trouble staying in a committed relationship.

3. Ask Him If He Will Cheat Again. Does He Convince You?

While you can't go by his work alone, it's important to ask whether he plans to cheat again. You need to have a lengthy conversation – it has to be more than a simple yes or no. You don't need to know the details, but you need to understand why he cheated in the first place.

You should also ask what may lead him to cheat again. Not so you can make sure that you do everything right this time, but his answer will give you a good idea if he truly is interested in making things work with you.

Read More: A Survival Guide to Staying with Someone Who Cheated

4. He's Not Willing To Do the Work To Repair Your Relationship

A relationship takes a substantial blow when one of the partners cheats. Reconciliation is a long journey and not something that can be done with a simple apology. It can take months or even years to repair a relationship after infidelity.

If your partner expects things to immediately go back to normal, then that's a red flag. He should understand the gravity of what he's done and should be willing to give you as much time as you need. He should also be willing to do whatever it takes to help you get back to a place of trust.

It's common for couples to go to couple's therapy after one of them is unfaithful. It can help mend the relationship and ensure a successful future. If your partner isn't willing to do therapy with you, then there's not much hope for your relationship.

5. Generally, Is He Honest or Dishonest?

There's a lot of dishonestly involved in an affair. Your partner has probably made up some pretty elaborate lies to keep everything a secret. Lying can be tricky because once you start, it's hard to stop.

Think about your partner before the affair. Was he generally an honest person or did you frequently catch him lying? If he was prone to lying, it's going to be difficult to trust him in the future.

Read More: How Do Cheaters React When Accused?

6. Does He Continue To Flirt With Other Women or Need Validation From Other Women?

You can't expect your partner to give up all contact with women, even after he's cheated. However, you can expect him to cut all contact with the other woman. You can also set boundaries for his behavior around other women.

If he's resistant to change his behavior and continues to flirt with other women, either in front of you or when you're not around, that's a good sign that he may cheat again. He may say that's just his personality, but don't buy into that.

If your partner needs validation from other women to feel confident, that's a major red flag. He has issues that he needs to work through with a therapist and it's up to you whether you want to stick around while he gets it figured out.

Read More: 21 Signs of a Married Man in Love with Another Woman

7. Does He Respect Your Other Boundaries?

After finding out about your partner's infidelity, you're probably not in the best place, mentally or emotionally. Even if your partner wants to reconcile and even if you're willing to consider, you probably need some time to decompress and deal with everything. You need to set some boundaries while you take time to heal.

If your partner isn't willing to respect those boundaries, that could be a major warning sign. You deserve as much time as you need and he should be respectful of your boundaries. If he truly wants to make your relationship work, he'll be willing to give you however much space you need.

8. Is He Understanding and Considerate With You Dealing With His Previous Infidelity?

It takes time and a lot of effort to come to terms with your partner's infidelity. It's not something that happens overnight and there's no standard timeline. Healing is different for everyone.

If he just wants things to go back to the way they were before he cheated, he is delusional. According to psychologist Esther Perel, if there's to be any hope for a relationship after an affair, both members must accept that their relationship will never return to what it was.

If your partner is pushing you to get over it so that the two of you can move in, he may not have as much interest in salvaging your relationship. If he's truly remorseful and does want to make things work, he'll accept that you need time. He'll be willing to discuss what you want to discuss and give you space when you need it.

9. Is He Gaslighting You?

Gaslighting is a major red flag in any relationship and is often a sign of a greater issue with your partner. There are many ways your partner may try to gaslight you. They may accuse you of being paranoid if you get anxious or suspicious about their activities. They may say that nothing is going on and you're acting crazy.

Your partner may express interest in reconciliation, but he could also gaslight you by trying to put some or all of the blame for the affair on you. While the two of you may have had problems during your relationship and you likely made some mistakes, there is never an excuse for an affair.

Read More: Is He Turning Everything Around On You? It's Called Gaslighting

10. Is He Guarding His Phone, Tablet, and Computer?

Most people don't guard their devices unless they have something to hide. Your partner likely kept his phone, tablet, and computer under lock and key during his affair. If you had free access to his devices before, that's a major warning sign of infidelity.

It's typical after an affair for the unfaithful partner to grant the other access to all of their devices. Being able to look at his devices anytime you feel suspicious can go a long way in helping you to build back trust. It's symbolic that your partner wants to make things right with you.

It's important to note that being able to look at your partner's phone isn't a sure sign that he won't cheat again. While he may have used his own devices during his first infidelity, he may have learned his lesson and will opt for a burner phone for his next. Full disclosure is just one part of mending a relationship after an affair.

11. Is Your Spidey Sense Telling You Not To Trust Him?

Above all else, you have to trust your gut. Think about the relationship you had before the affair. Is it something you want to go back to? Did the good times outweigh the bad? Are you only hanging on because you're afraid of being alone? Sometimes if you take a deeper look, you may realize that you're not interested in pursuing the relationship any further.

You likely have many questions after experiencing infidelity. Below we'll answer some of the most common questions you may have.

Cheating is perhaps the most painful thing you can experience in a relationship. If your partner has come back, you may not know if you can ever trust him again. The best thing to do is give it some time, think through all the issues, and then decide if the relationship is worth it. No matter what you decide, you will be able to find happiness again.