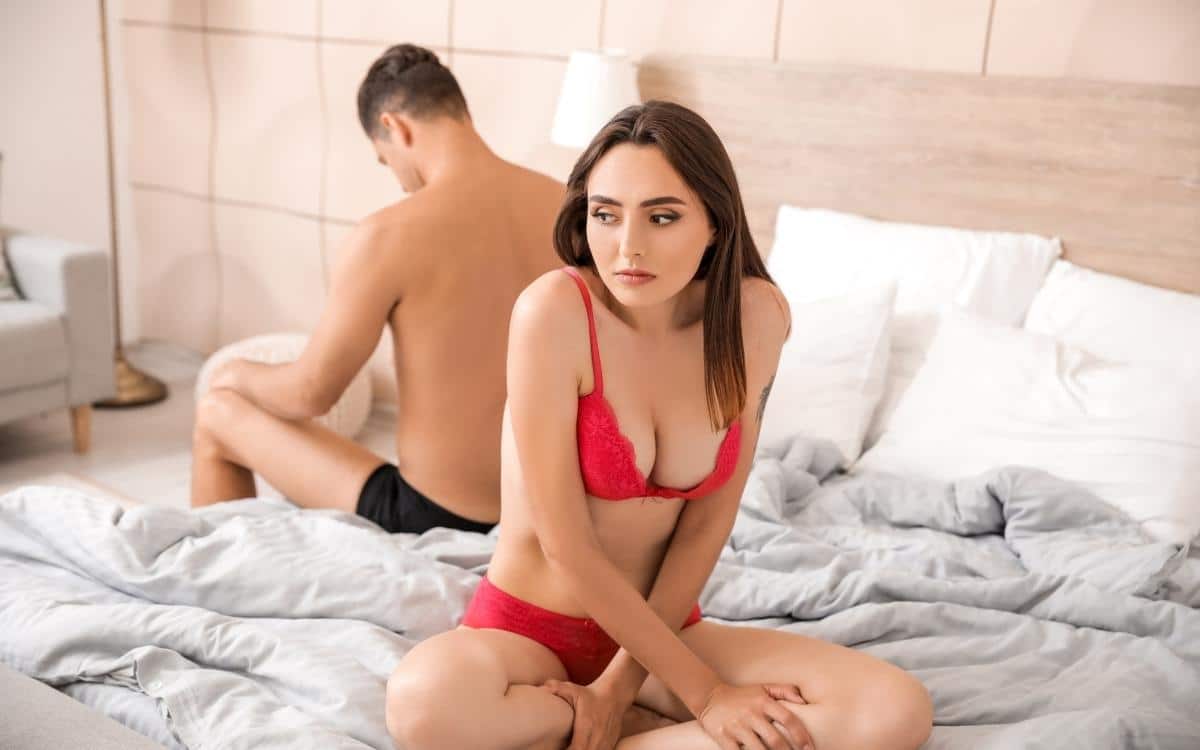 Have you ever hooked up with someone only for them to suddenly start acting weird?

Whether it’s someone you just met off Tinder, a classmate, or a friend you’ve known for a while, it can sometimes be hard to tell if he regrets sleeping with you. Here are 11 signs that show just that.

If a guy regrets sleeping with you, he might become less responsive after your hookup. For example, if he always used to text you back right away, and it now takes hours or even days before he gets back to you, he probably doesn’t care for you anymore.

The way he texts you back matters as well. In the past, he might have been extra flirty with you, putting a lot of effort into his text messages. Now, however, he might send you short text messages, like “cool,” when you tell him something exciting.

If you feel like communicating with him has become like pulling out teeth, back away. Give him space and time to miss you if he pulls away; don’t chase someone who’s losing interest.

2. He Acts Extra Nice To You

It might sound strange, but someone who regrets sleeping with you might suddenly start acting extra nice to you. This situation is more common if you sleep with a long-time friend, coworker, or classmate.

He may realize that he doesn’t want a long-term relationship with you, but he feels guilty about it now that he’s slept with you. He might decide not to sleep with you again, but he also doesn’t want to ruin your friendship. Since he’s afraid of hurting you, he acts extra lovely.

He might buy you a coffee at work, for example, or help you with your homework. However, if he doesn’t continue sleeping with you, he clearly regrets it, and he’s trying to go back in time and re-establish your connection as a good friendship.

3. He Only Wants To Meet Up for Platonic Activities

Some guys aren’t rude and know that it’s not right to become less responsive after sleeping with you. He may not be feeling guilty about anything, and he may truly value you as a friend but not as a lifelong partner.

If that’s the case, he may invite you out on platonic activities that are clearly not dates. For example, he’ll invite you for a morning coffee or a work lunch instead of getting a few drinks at night.

Instead of taking you to the movies, he’ll ask you to join him for a group hike with his friends or a study session after school.

If you do hang out at night, he will drop you off at your house instead of taking you to his. He may also offer to order an Uber for you to help you get back to your home while ordering a separate Uber for himself.

In either case, he’s clearly not interested in continuing to have sex with you.

4. He Gives Hints He Isn’t Ready for a Relationship

Whether you slept with someone you just met or a guy you’ve known for a while, watch out for him dropping hints that he’s not looking for something serious.

In the heat of the moment, many guys fail to mention that small detail the first time they meet you, especially if they are excited about sleeping with you.

Even if you’ve known the guy for some time, they may suddenly realize that they’re incapable of handling a serious relationship.

If you just met the guy, he may even friendzone you and ask to just be friends. If that’s not what you want, you can decide to end contact with him, but he’s at least being honest and upfront with you instead of giving you mixed signals like most guys would.

5. He Never Calls You First

This one is important. Most guys like pursuing women. If a guy you slept with stops chasing you, he may have just wanted to sleep with you. Now that he’s done that, he considers himself fulfilled.

If it always feels like you are the one calling and texting first, and you are always the one reaching out and setting up dates, pull back for a bit. If the guy really wants you, he’ll eventually start reaching out to you first.

6. He Encourages You To Date

If you slept with a buddy who now seems overly interested in your dating life and even encourages you to date other people, he may regret going down that path with you. He may even advise you on how to make things work with other guys you’re seeing.

His intention is to show you that you and he aren’t compatible romantically, but he still cares for you and wants to make sure you find a soul mate.

7. He Apologizes for Hurting You

It might seem weird if a guy starts apologizing after sleeping with you, especially if you enjoyed the sex, like the guy romantically, and want to keep seeing him.

Some guys may feel guilty about changing the nature of the relationship from friends to lovers and apologize for having sex with you or hurting you.

If a guy becomes emotionally distant or unavailable after sleeping with you, he may regret the sex. He might close up emotionally and no longer initiate physical contact, hug you, or be there for you.

At the same time, there may be other things going on in his life. For example, he might have lost his job, or his grandmother might have died. If you’re not that close, you can’t know for sure what he’s going through, so give him some time.

9. He Posts Someone Else on Social Media

If the guy you slept with is also seeing someone else, even non-exclusively, they may regret sleeping with you and ruining their chances with the other girl.

If the other girl found out about your hookup, he might try to prove his commitment to her.

To that end, he may start posting the other girl all over his social media to prove to her that he’s serious about her. It shows that he is proud to be with her, and it’s also a subtle signal to other women that he’s off limits.

He may even decide to become official with her, changing his relationship status on Facebook to “In a Relationship.”

Even if the girl didn’t find out about it, he might worry that she will and take preemptive steps to soften the blow if she does. He will be able to claim that he only slept with you before he and the other girl became exclusive.

Don’t be hurt if that happens. It’s just the way of life. While it varies from culture to culture, people often date more than one person at a time before becoming exclusive.

10. He Ghosts or Blocks You

A guy who blocks you after sleeping with you is clearly not interested in seeing you again. However, some guys won’t block you and will instead ghost you. They’ll disappear from your life, like a ghost, never calling or replying to your calls or texts.

Ghosting is extremely immature behavior because if a guy doesn’t want to be with you, you deserve to know that so you can move on. He should just be man enough to tell you that. Unfortunately, many guys are too immature to do that.

Consider it as if you dodged a bullet. You’d never want to go out with such an immature and careless person anyway.

Besides, many people who ghost you end up coming back a few months later, but you’ll then be able to feel the sweet feeling of revenge by ignoring them back. To get over ghosting, let go of that person from your mind and move on.

Breadcrumbing is similar to ghosting – but the guy doesn’t disappear entirely. While he never messages you first and rarely replies to your messages, he’ll try to keep you around as a secondary option by leaving you small “breadcrumbs” or small crumbs of hope. This behavior is known as “breadcrumbing.”

Here are examples of breadcrumbs:

If a guy is breadcrumbing, don’t even bother replying or reciprocating. Pay him no attention because if you’re not his first option, he doesn’t deserve you.

It can feel really depressing when a guy sleeps with you and seems to regret it. However, it’s his loss, not yours! Keep your spirits up and recognize that you dodged a bullet.

Continue dating and seeing other people until you find someone who values you for you and doesn’t make in-the-moment decisions when they’re not ready to commit.