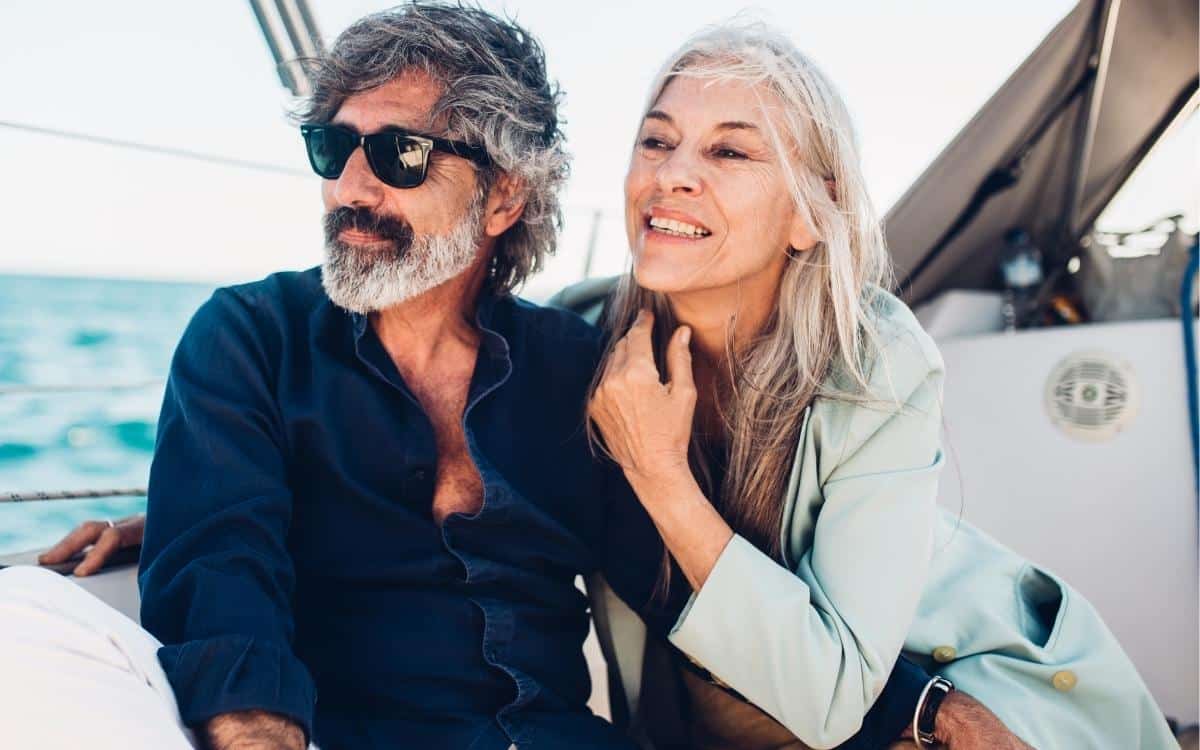 So getting back together doesn't necessarily mean remarrying, although those who remarry have a lower divorce rate than the general population.

Let's take a closer look at the numbers and situations involving people getting back together.

The first factor that influences what percent of divorced couples get back together is the structure of their divorce.

A legal separation is when two partners live apart for a while but haven't wholly divorced. In this situation, a couple may feel like they need some time apart to sort out their feelings, or perhaps they know they don't love each other but want to stay married for financial reasons.

One study shows that separated couples get back together around 15% of the time, which is much higher than the rate for divorced couples. While this still means 85% separate, some of those who separate will still come back in some way.

Divorces are a far more significant split in a relationship, as they involve distributing assets, court visits, and often tense negotiations over things like child custody arrangements.

Full remarriages after divorce are only 6%, which is a polite way of saying that remarrying is rare. However, the reality isn't as bleak as those numbers imply.

While divorced couples don't often remarry, about half of them return to some form of relationship, even if it's just a friendship or staying in each other's lives to help raise children.

Why Get Back Together?

There are many reasons why people may choose to get back together after a separation or divorce, even if they don't end up remarrying. Here are some of the most common reasons.

Fundamental problems are deal-breakers in a relationship, usually a single behavior or a set of related behaviors that make it impossible for one person to stay with another.

The most important thing here is that the other partner is entirely willing to be in a relationship if the fundamental problem isn't there.

Fundamental problems include issues like substance abuse, focusing too much on a career over the marriage, financial trouble, or an unwillingness to provide enough attention.

Challenges like these are usually possible to solve with enough commitment, and sometimes the shock of divorce is enough to convince people to change their ways.

Fundamental problems are the type of thing that may cause someone to cite irreconcilable differences during court proceedings. In some states, they can also be grounds for a fault divorce.

Most states allow no-fault divorces, but fault divorces may affect the court's decisions in dividing property, setting up child custody, and splitting assets.

For example, courts may decide to give the father sole custody if a husband files for divorce because his wife abused narcotics.

Adultery usually doesn't fall into this category. While adultery is usually a fundamental problem for a marriage, it damages relationships in a way where many people won't quite believe the other person if they promise not to do it again.

That loss of trust is different from something like not being intimate enough or not having enough income from a job.

Some people also get back together because of their knowledge about the other person. Things like lifestyle behaviors, moods, and food preferences learned in marriage can make the other person feel safe and predictable.

Once you know someone that well, it can be hard to look at other people without holding them to the same standard. In cases like these, a separated couple may decide that they were too hasty in splitting and that, after further thought, they want to be together.

This scenario is more common among separated couples, where time apart offers a chance to seriously consider each aspect of the relationship before making a final decision.

Reconciliation is especially likely when couples realize they genuinely enjoyed their time together. If the memories of the marriage are mainly pleasant and exciting, people are more willing to consider giving it another try.

The opposite holds as well. If memories of the relationship are negative, filled with yelling and abuse, then people are understandably reluctant to head back into that situation. This fact is why couples who worked on the relationship in the past may be more likely to get back together in the future.

Some people choose to get back together because they're optimistic about their chances together. Optimistic reunions usually happen after talking to friends and raising self-esteem.

Optimism is most likely to lead to reconciliation when both partners are serious about trying different things to make the relationship work. This effort can include identifying things that cause conflict, using new strategies to resolve issues, and talking to each other more.

Countless tools exist to help people understand themselves and others, and succeeding on the first try can be difficult. Evidence suggests that couples who date for longer are much less likely to separate, and in turn, they're probably more likely to get back together later.

For example, marriages tend to continue existing relationships rather than significantly changing them. Couples who don't remarry with the expectation of a drastic change in their partner are more realistic.

Another major factor in couples reuniting is the sake of children. This skews the remarrying rate because some couples refrain from divorcing until their children grow up, then separate.

Courts specifically encourage this because they usually prioritize the children's best interests, and the default assumption is that having both parents is better.

Children can also be a reason for a pair to get back together without remarrying. In these cases, the relationship may not be loving, but the former partners will usually tolerate each other's presence and try to act friendly so the kids don't see people fighting.

Former couples may go on excursions and trips with the children, share living spaces, or partner up for special events. It's hard to estimate how many couples make their decisions based on the welfare of their children.

However, younger generations think it's better to separate, which drives the remarrying rate down.

In a less-romantic situation, couples may decide to stay together for financial reasons. Monetary reasons could include things like assets being too complex to easily split between each other or an opportunity that only exists when they're together.

For example, a couple may jointly own a mid-sized business that provides a comfortable income. If they split, couples may no longer possess a controlling stake in the company, which could be damaging. In this case, they're more likely to separate and get back together instead of divorcing.

Money has always been important in relationships, but with rising rents, some people stick together just to have a home.

Partnerships can extend beyond a traditional family structure, with some forming groups of four or more people to pool money for rent. These groups aren't necessarily romantic, though they can be.

Couples may get back together as part of an open relationship. It could involve remarrying, but it could also stop at sexual encounters with no expectations beyond that.

Open relationships are more common among people who like the other physically but don't want to commit in the way marriage demands.

Couples may decide to have an open relationship while separated but not divorced or to enter into a physical relationship after divorcing. In some cases, it can also push people back together.

Couples may decide that other people don't match them the same way as their partner, and with that knowledge, they can renew their commitment to the relationship.

Sometimes, the main reason people get back together after a divorce is that they still love each other.

This type of reconciliation is most common when the separation is due to external factors, especially those beyond the couple's control. Health problems, money issues, the influence of friends, or childhood traumas can all cause people to separate when they don't want to.

People who still love each other have a much higher chance of getting back together because they genuinely want to be in the relationship and only separate because they feel like they have no choice.

This aspect is similar to resolving fundamental problems, but there is some nuance between the two situations.

Fundamental problems are usually personal. They involve a specific problem by one partner that's disrupting the relationship.

In love-focused splits, the issue is typically external. The partners may prioritize each other the most (as opposed to, say, putting their career over love), but the circumstances make it too difficult to stay together.

If the circumstances change enough, a couple in love will gladly get back together.

So, what percent of divorced couples get back together? The numbers vary depending on how you want to frame the question, and specific details of a relationship can significantly affect the result.

The one thing we can say for sure is that the more serious a couple is about the relationship, the easier it is to reconcile and get back together after problems. The rest tends to fall into place if you genuinely want to fix things.