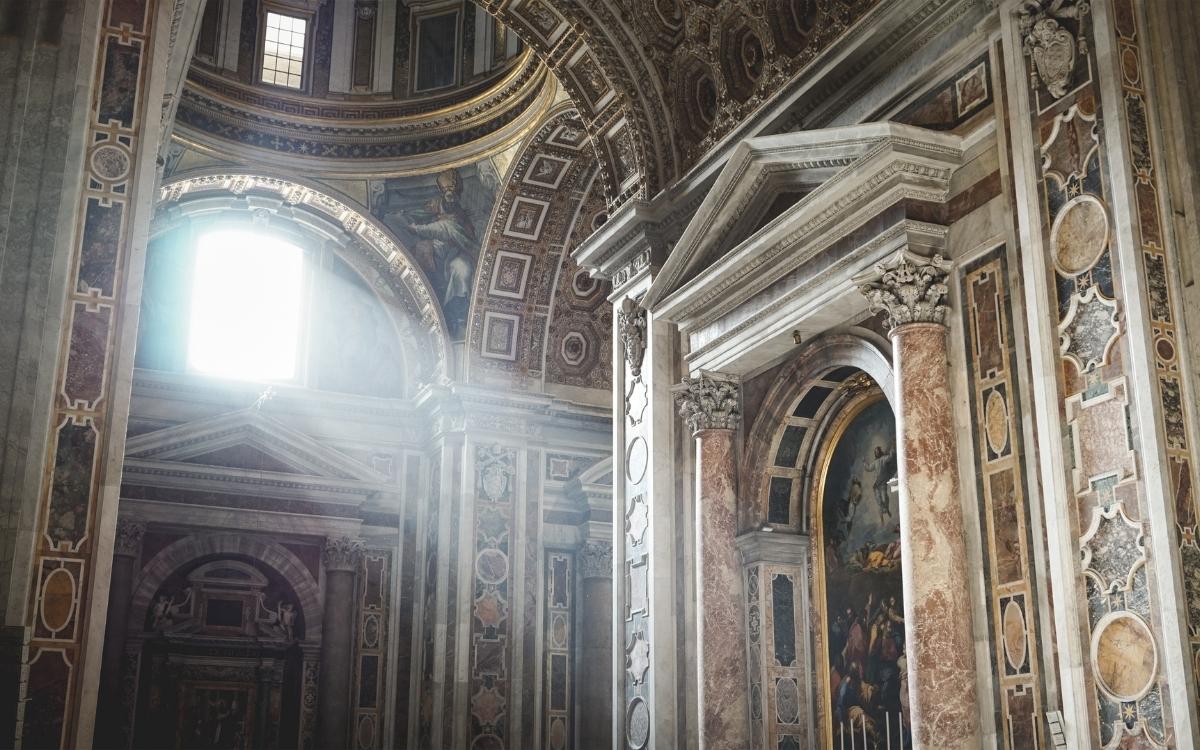 Despite popular belief, the divorce rate in the United States has been steadily decreasing since 2009.

However, so has the marriage rate.

Some experts chalk up the low divorce rate to the increase in singles, claiming it's not nearly as impressive as it seems.

He tells us so in Malachi 2:16, “For I hate divorce!” At first glance, God's exclamation seems harsh, but God hates divorce because He is love.

To understand this concept better, let’s dive into how the Bible defines love, marriage, and divorce.

How Does The Bible Define Love?

In 1 Corinthians 13:4-7, the Apostle Paul defines love, modeling his definition after Jesus' teachings. Let’s look at the verse line by line.

The truth is, we all fall short of the Glory of God. Still, He loves us so much that He allowed His one and only son to suffer for our sins, and Jesus freely did. We could never earn such pure love.

What better way to show our appreciation than to thank Him with our lives? So many people think that serving God begins in church, but the truth is your marriage is one of the best places to start.

What Does The Bible Say About Marriage?

Have you ever noticed that the Bible begins and ends (Revelation 19:7-9) with a wedding? God regards the sacred covenant so highly that He modeled our resurrection story off it.

The first recorded wedding in Genesis is far more than just a recollection of Adam and Eve’s union. It foreshadows Jesus’ promise to us.

Marriage Represents Christ and The Church

Then the Lord God made a woman from the rib, and he brought her to the man. ‘At last!’ The man exclaimed. ‘This one is bone from my bone, and flesh from my flesh! She will be called ‘woman.’ because she was taken from a man. This explains why a man leaves his father and mother and is joined to his wife, and the two are united into one.

God formed Eve from Adam’s rib to show that they were of the same substance—one flesh, meant to remain side-by-side. The author of Genesis explains that because the bride is of her groom, a man should leave his family to live out his covenant with her.

Similarly, the church is the bride, and Jesus is the groom.

Jesus left His Father in Heaven to come to Earth and became the same substance as us—mere flesh and bone that cried, bled, and faced temptation.

Throughout Jesus’ ministry on Earth, He taught the importance of baptism—a display of our choice for and union with Him in eternal life. (Galatians 3:27)

However, baptism alone does not save us. We must also surrender to Jesus’ ultimate display of love—His death and resurrection.

Self-sacrifice and love are the only things that maintain a marriage. The Apostle Paul makes this clear throughout Ephesians 5.

Because marriage reflects our relationship with Christ, it is under constant attack from the enemy.

Why Does God Hate Divorce?

The devil rejoices over divorce, and he uses our sin to facilitate it—if we let him.

Have you ever caught yourself excusing your transgressions toward your spouse with, “They just bring out the worst in me!”

You’re not alone in that thinking, but that doesn’t necessarily mean it's right. Then why do so many husbands and wives feel this way?

If marriage represents our relationship with Christ, then God works through it to make us more like Jesus—if we let Him.

Refinement and recognition go hand-in-hand. Hence, the reason God exposes the majority of our sins through marriage, such as lust, jealousy, anger, and pride.

Knowing this, ask yourself what you’re resisting—your temptations or your convictions. If we loved our spouses as Christ loves us, we could overpower the division brought about by sin in our marriages.

1 Peter 4:8 says, “Most important of all, continue to show deep love for each other, for love covers a multitude of sins.”

We know this is true because Jesus bore the weight of the entire world’s sin when He hung on the cross. If Jesus could do this out of love for us, who are we to withhold such love from our spouse?

You might be thinking that loving your spouse as Jesus loves you feels near impossible, and you're probably not wrong. But that’s because there’s a third party at work—the enemy.

Read More: What Does The Bible Say About Divorce?

In John 10:10, Jesus said, “The thief’s purpose is to steal and kill and destroy. My purpose is to give them a rich and satisfying life.”

The devil craves sin. He uses it the same way God uses marriage. Once you realize this, it becomes easier to withstand his ploys to pit you against your husband or wife.

The apostle Paul put it this way,

For we are not fighting against flesh-and-blood enemies, but against evil rulers and authorities of the unseen world, against mighty powers in the dark world, and against evil spirits in the heavenly places. Therefore, put on every piece of God's armor so you will be able to resist the enemy in the time of evil. (Ephesians 6:12)

The principalities of Hell are continually attempting to combat God’s work in your life and marriage, whether it is through your sin or another person's sin.

The solution is quite simple—guard your heart with God's armor. Throughout Ephesians 6, Paul defines God's armor as:

In other words, God's love is enough to overcome the enemy’s attacks on our marriage. He will meet you and your spouse in the middle of the battle and carry you through.

Studies support this notion. Research shows that couples who view their marriage as sacred, or of God, experience improved satisfaction and communication, increased feelings of love, and less hostility.

We previously quoted Malachi 2:16 when God exclaimed, “I hate divorce!” However, we must read the rest of the chapter. Malachi 2:15-16 says,

Didn’t the Lord make you one with your wife? In body and spirit, you are his. And what does he want? Godly children from your union. So guard your heart; remain loyal to the wife of your youth.  “For I hate divorce!” says the Lord, the God of Israel. “To divorce your wife is to overwhelm her with cruelty,” says the Lord of Heaven’s Armies. “So guard your heart; do not be unfaithful to your wife.”

Sometimes, divorce is the cause of abuse, adultery, or abandonment, all of which God hates just as much. Where there is divorce, there is injustice. It is the injustice that God hates, not you.